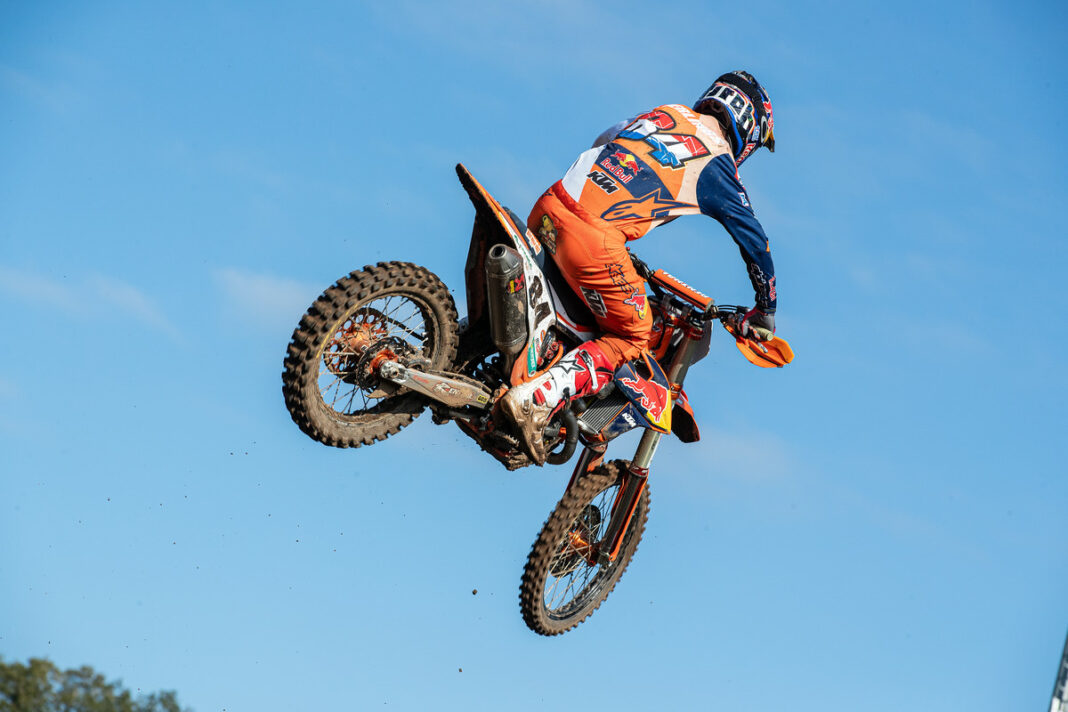 Red Bull KTM’s Jorge Prado added another Fox Holeshot to his collection in the second MXGP moto of the day, followed by HRC Honda’s Tim Gajser, Standing Construct GasGas Pauls Jonas rounding up the top three on the first lap, and Red Bull KTM’s Antonio Cairoli just behind in fourth.

Herlings then moves up into fourth place, as Monster Energy Kawasaki’s race one winner Romain Febvre is way further down the field. Jonas then made a mistake shooting himself of track and lost two places, which allowed Herlings to fly through, and then move up into second past Gajser.

Febvre managed to make his way back up to seventh place, as Herlings moves into the lead on lap ten, as Cairoli and Prado bang bars but he manages to keep him at bay.

Herlings went on to claim the moto two win and the overall victory in spain, ahead of Tim Gajser in second and Jorge Prado in third.