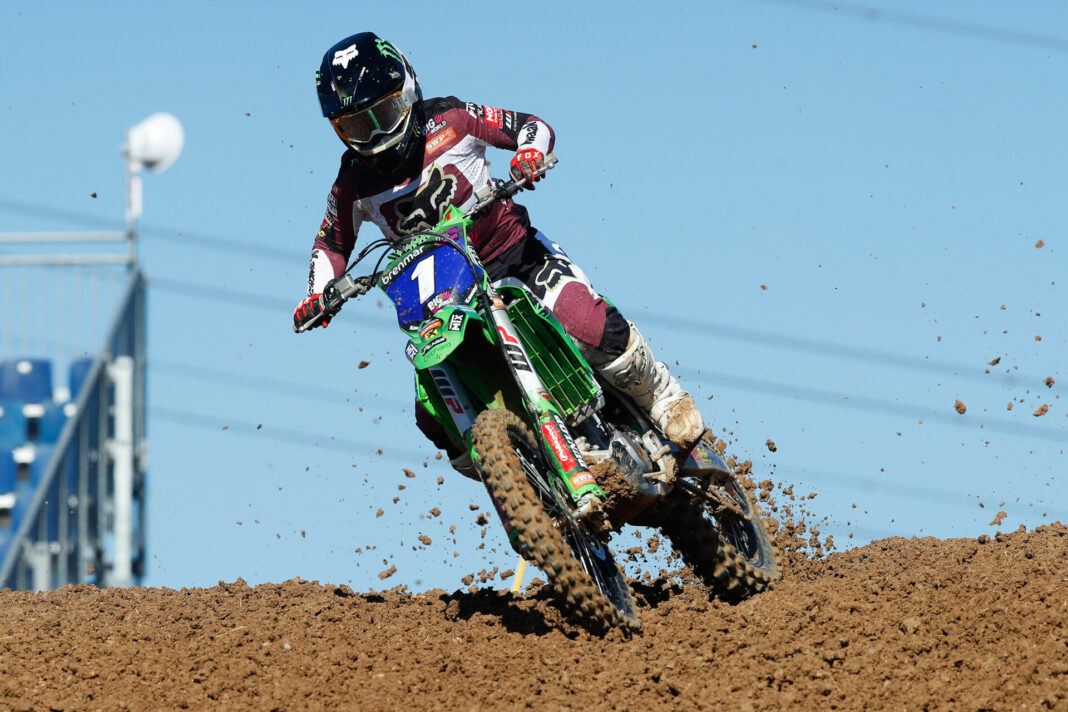 In her first race since March Big Van World MTX Kawasaki’s Courtney Duncan scored a sensational victory in the first moto of the Spanish round of the FIM World WMX Women’s Motocross Championship.

The three-times world champion had not raced since the opening round of the series after suffering a broken collarbone during practice for round two. In the wake of surgery she had only been able to ride four times again during the ten days leading up to the event and was content to post fifth-fastest time in Qualifying. She quickly secured second place in the race from a top-three start to settle into a solid rhythm, keeping the leader in sight whilst searching for the smoothest lines around the intu Xanadu race-track on the outskirts of Madrid which had developed significantly since the morning practice session. On the eighth of twelve laps she was ready to mount a challenge for the lead and swept ahead with a stunning outside-pass, immediately opening up an advantage to take the chequered flag four seconds ahead of her closest chaser for her first victory of the interrupted campaign.

Courtney Duncan: “It feels good to be racing again, especially to come back on top. I was obviously a little tense at first on my first race back; it was all about being smart to find my race rhythm and flow. I didn’t push too hard in the early laps; the track had changed a lot since this morning so I had to find my lines. I’ve always handled the heat quite well so I’m sure I’ve still got something in the tank for tomorrow. It’s been a tough time since my accident and it’s kind of crazy to think it was only last month that I went under the knife. My thanks to everyone who has stayed behind me during the down-time. “

Belgium’s Amandine Verstappen had posted second-fastest time during practice on her 9MM Energy Drink BUD Racing Kawasaki and was also well-placed for a top scoreline as she gated top-six in the race but she was left with a mountain to climb after an opponent’s hit her front wheel as they entered a rutted turn on the opening lap and remounting last after the resultant fall. She recovered to twelfth by half-distance but the gap to the remaining riders ahead of her was already vast and she could not advance further during the second-half of the race.