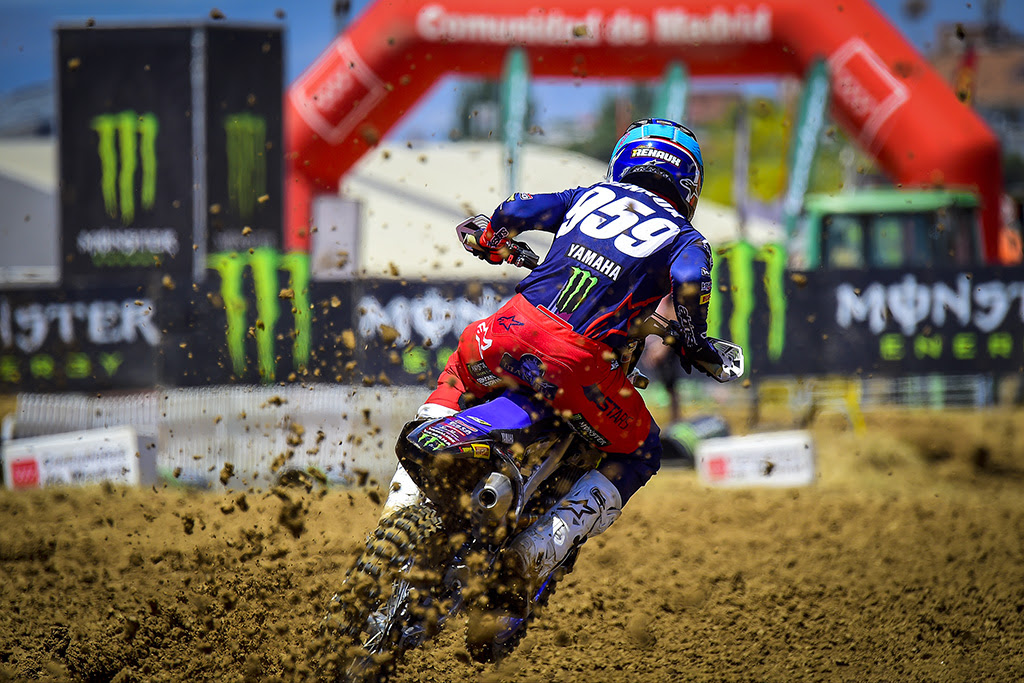 Despite temperatures well into the 30’s, both Coldenhoff and Vialle were able to keep their cool to secure pole position on the gate, ready for tomorrow’s races.

In the opening lap, Standing Husqvarna Factory Racing’s Pauls Jonass made some good moves as he got himself into third just behind Coldenhoff and Seewer.

By the beginning of the second lap, Coldenhoff was already in the lead, as Jonass had a moment and was passed by Prado and then had Team HRC’s Tim Gajser chasing him. Gajser made a mistake on a take-off of a jump which saw him land heavy off the track and crash of the result. The Slovenian got going fairly quickly, though was already down in 19th.

Prado then got around Seewer for second as he set his sights on Coldenhoff for the win on home soil.

Jonass then crashed out of fourth as he tipped over in one of the corners. The Latvian dropped to ninth as Coldenhoff continued to lead Prado, Seewer and Monster Energy Yamaha Factory Racing’s Maxime Renaux, along with Team HRC’s Mitch Evans.

Prado brought the gap down between him and Coldenhoff to less than a second as it looked like he was going to make a move, but the Dutchman was able to respond immediately to give himself some breathing room.

On lap eight, Renaux got by Seewer for third as Gajser made his way into 12th in the closing stages and then into 11th by the chequered flag.

Coldenhoff went on to claim his second qualifying race win of the season, crossing the line 4.095 seconds ahead of Prado, Renaux and Guadagnini who made some nice passes in the closing stages.

Glenn Coldenhoff: “I felt good straight away from this morning. The track is less tricky than last year which allows us to use more lines this time around but still it is easy to make a mistake. I pushed hard in the beginning of the race, I think I started in fourth or third and made my way up to first quite quickly and then rode my own rhythm and I look forward to tomorrow”.