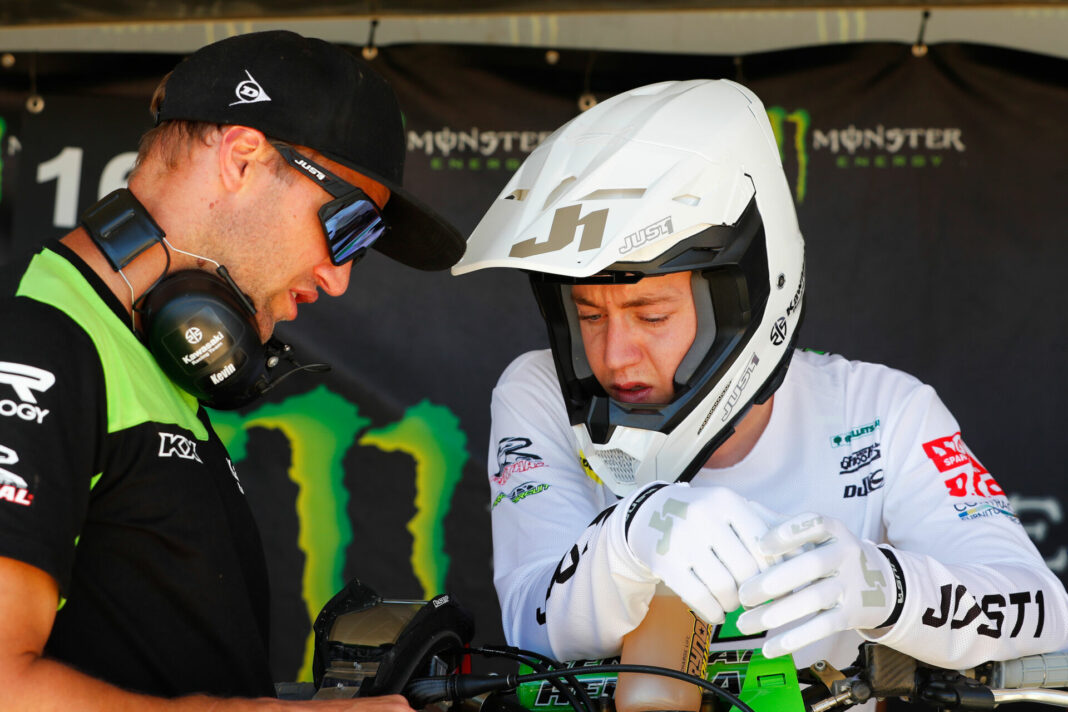 Kawasaki Racing Team MXGP’s Ben Watson will not contest the Spanish round of the FIM World MXGP Motocross Championship at the Intu Xanadu complex today after a heavy crash during Qualifying yesterday.

The Englishman lost his balance through the waves section and collided with hay bales protecting trackside advertising banners. He suffered severe bruising and burns to his upper arms and had to withdraw in pain; he was unable to lift his arm this morning and, after discussions with the FIM doctor, both rider and team decided to withdraw from racing today. Further medical advice and treatment will be sought during the week before a final decision can be made whether Ben will be able to contest the French GP at Ernée next weekend.

“Unfortunately Ben lost his balance through the waves section during the Qualifying race yesterday, went off track and hit some trackside bales which were protecting some big advertising banners.” Said Antti Pyrhonen KRT team manager.

“He has quite severe burns and bruises on the upper arms and is in real pain. He can hardly lift his arm this morning so we decided together with the FIM doctor that it was best for Ben to skip this race and try to heal up.”

“We only have a few days before the French GP next weekend but we will do all we can to get him back racing as soon as realistically – and safely – possible. But the key thing is that it was a big crash and we can be thankful that the injury was not even worse so it will be a case of safety first.”