Home Motocross MXGP MXGP Sardegna: ‘We tried a lot of things but they didn’t work... 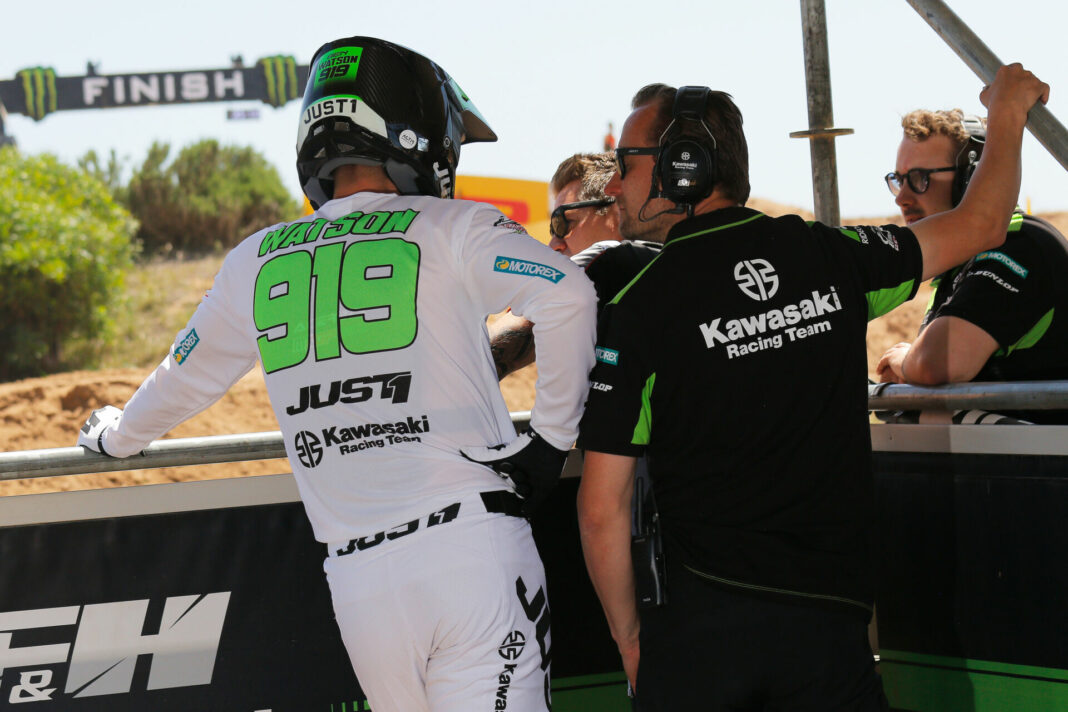 Ben Watson and Kawasaki Racing Team MXGP had a frustrating weekend in the eighth round of the FIM World MXGP Motocross Championship at Riola Sardo on Sardinia.

The Englishman never found his regular rhythm in the heat of the rough sand track in the dunes overlooking the Mediterranean. Fourteenth choice of gate after Qualifying proved a mountain to climb and, despite KX450-SR power taking him strongly out of the gate to turn one, the outside line he faced there meant that he could only emerge twelfth in the first moto as riders on the inside drifted wide; he eventually finished seventeenth. Race two brought further frustration as he fell in the chaos of the first turn; his perseverance eventually earns eighteen position at the chequered flag. The English rider is now twelfth in the series points standings after eight rounds.

“It was a really tough weekend.” said Watson. “The feeling was quite good at the beginning and we tried to find the next step; we tried a lot of things but they didn’t work out.”

“I had a good start in the second race but there was a start crash which was out of my hands at turn one and I ended up in a big heap with a couple of other riders. We’ll keep working. “