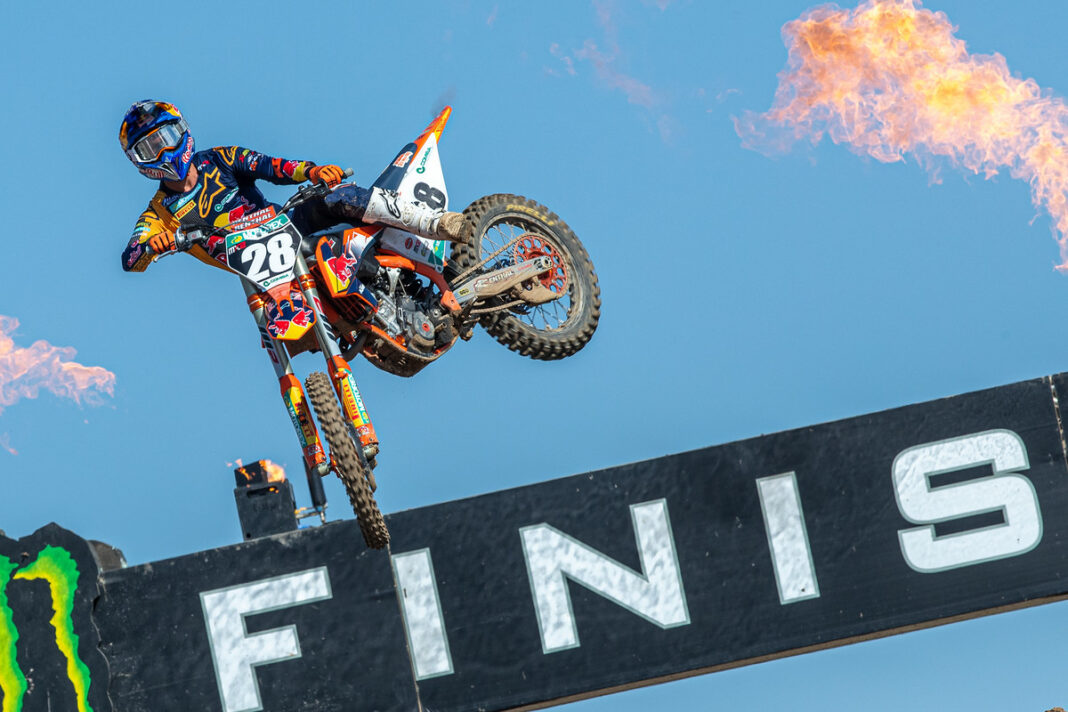 Red Bull KTM Tom Vialle grabbed yet another race victory in the Italian sand making this his fourth overall result so far this season in the MX2 class.

Adding another Fox Holeshot to his collection the young frenchman flew round the first corner followed by teammate Mattia Guadagnini, as Rene Hofer had a huge crash on the start getting tangled up at the back of the field.

Guadagnini tries to make the charge on teammate Vialle, but ends up crashing himself and getting a handlebar to the ribs which see’s him knocked further down the pack. Bike IT Kawasaki rider Wilson Todd had an unlucky start to the first moto crashing out of fourth place, and finishing in fifteenth place.

Monster Energy Factory Yamaha rider Thibault Benistant also went down struggling in the sand, which left Rockstar Energy Husqvarna rider Kay De Wolf nowhere to go but through his back wheel and over the bars.

Guadagnini crashed out again as teammates Geerts and Renaux battle it out for second and third place, with Renaux finishing third and extending his championship lead.

Liam Everts however making his debut in the MX2 class had some great results with a sixteenth and an eleventh, whilst brit Hitachi KTM rider Conrad Mewse came away with a tenth and a ninth place for a top ten finish.