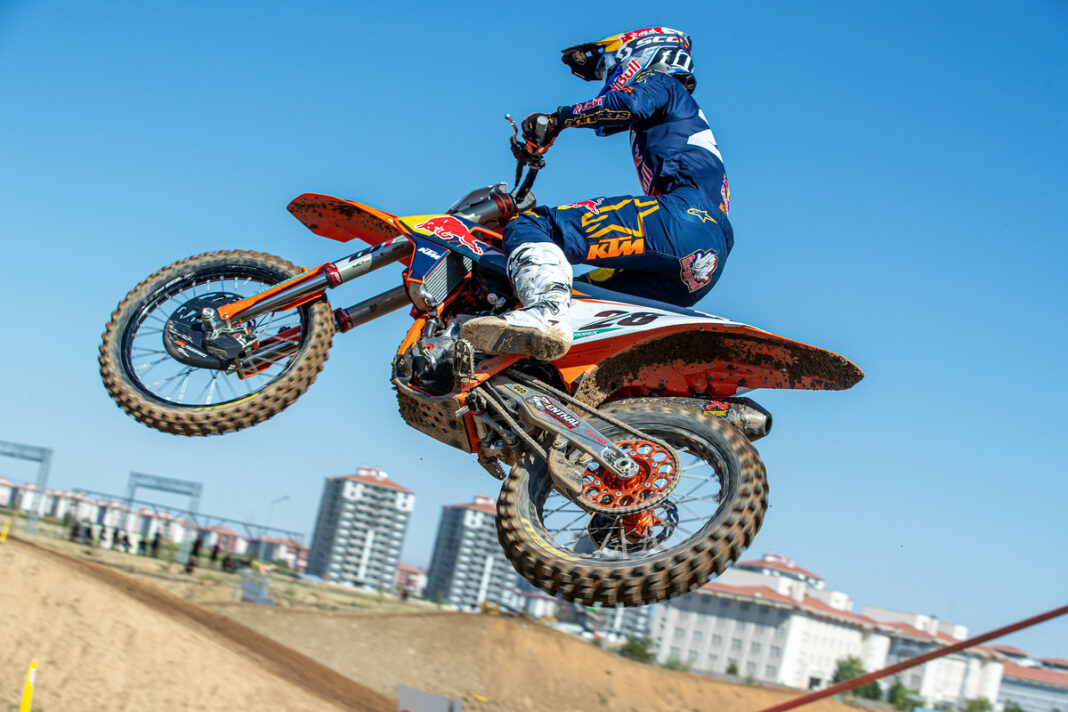 Red Bull KTM’s Tom Vialle dominated from start to finish in the opening MX2 moto in Riola Sardo in Italy, following on his six in a row holeshot streak.

After shooting out the gate Vialle instantly starting pulling away from the rest of the field, as there was a huge pile up in turn one, which included 114 Motorsports Honda Ruben Fernandez which left him way down the pack, with what looked like a dislocated shoulder.

Everyone seemed to be struggling with the deep sand conditions at the Italian circuit, with Monster Energy Yamaha’s Jago Geerts having a huge moment and crashing out of ninth position. Just as Rockstar Energy Husqvarna’s Kay De Wolf and GasGas Factory racings Isak Gifting came together banging bars as they fought for eighth position.

Red Bull KTM’s Rene Hofer also goes over the bars after the front wheel digging in on one of the deep corners, after being passed by Monster Energy Yamaha’s Thibault Benistant. Brit rider Hitachi KTM’s Conrad Mewse also had a great ride after claiming the British Championship title last weekend, finishing a solid tenth.

Championship leader Maxime Renaux however was all over the back of Vialle on the last lap switching up through back markers, but just couldn’t make the pass stick as Vialle grabbed the moto one win.

Your top ten from MX2 Race one: