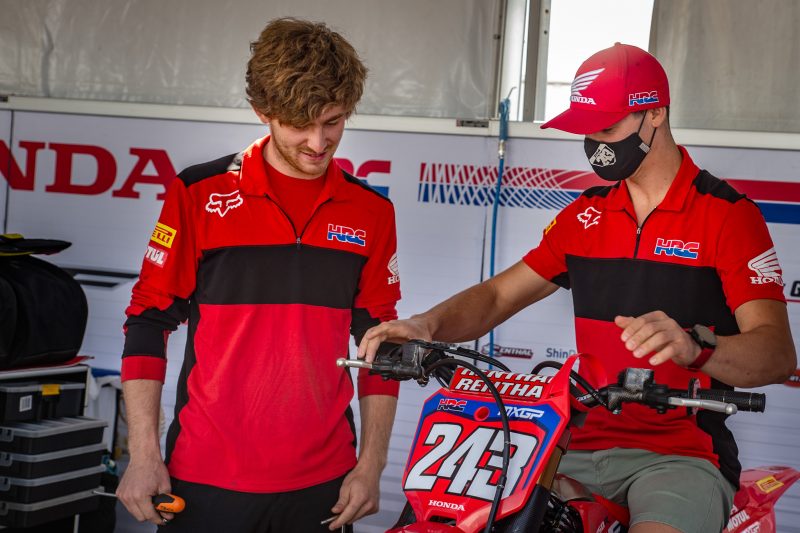 HRC Honda’s FIM World Championship leader Tim Gajser has reportedly broken his collarbone during practice for this weekend’s up and coming MXGP round in Italy.

The slovakian rider has reportedly broken his left collarbone whilst out training in Croatia for the up and coming MXGP this weekend in Riola, but has undergone surgery to get himself prepared for the sand.

This is the update so far on social media below:

Seems like a cracked left collarbone for the HRC #1. But Gajser has apparently trained since having surgery. The Riola sand will tough but also easier on the joint (no big hard-packed jumps/landings). It’s an advantage for him to miss the Nations for more healing time #mxgp pic.twitter.com/nT3k7CIO4k