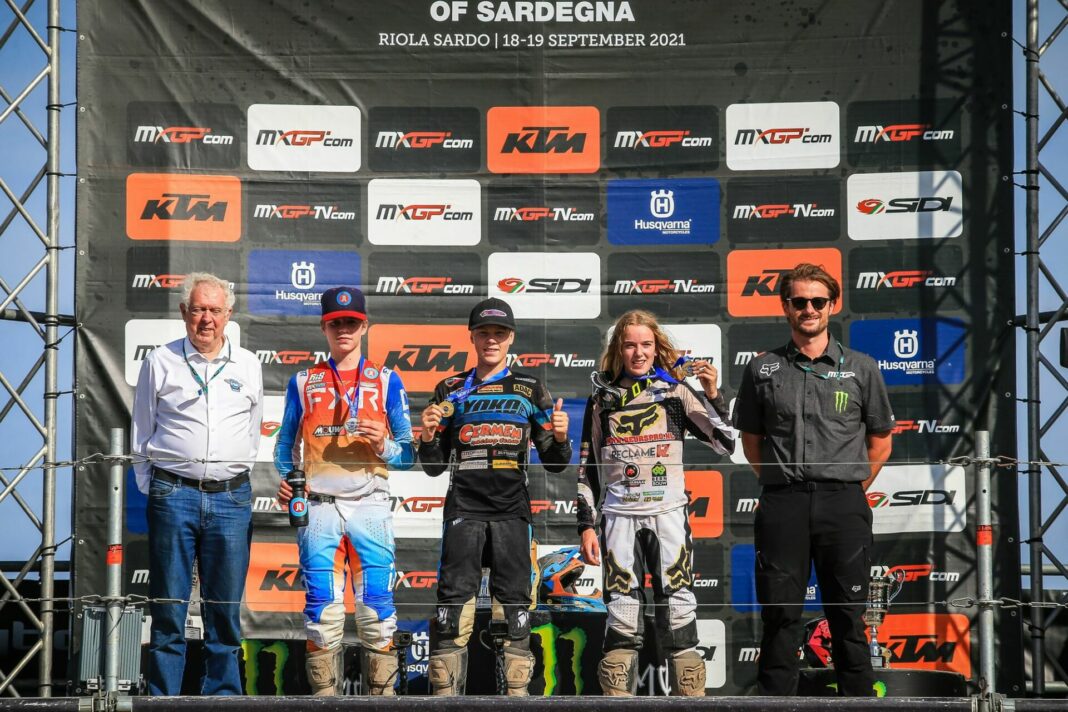 FIM EMX85 European Champion was crowned at Riola Sardo today in italy with Vitezslav Marek claiming the european title at the Italian circuit.

Netherlands rider Dean Gregoire holeshots the second moto of the day and leads the first few corners before being passed by KTM rider Markuss Ozolins and Husqvarna rider Gyan Doensen. Race one leader until the last corner Lottie Van Drunen didn’t get that much of a good start in the second moto, and had to work her way through the pack.

Ozolins shot into the lead early on in the race, leaving the door open for Van Drunen to chase through also, with her ultimately finishing in third position giving her third overall on the podium. Husqvarna rider Martins Janis Reisulis made his way into the lead and checked out by over six second to win the race.

Marek however went on to claim the European EMX85 Championship title in Riola Sardo.

You can check out the top ten riders below: