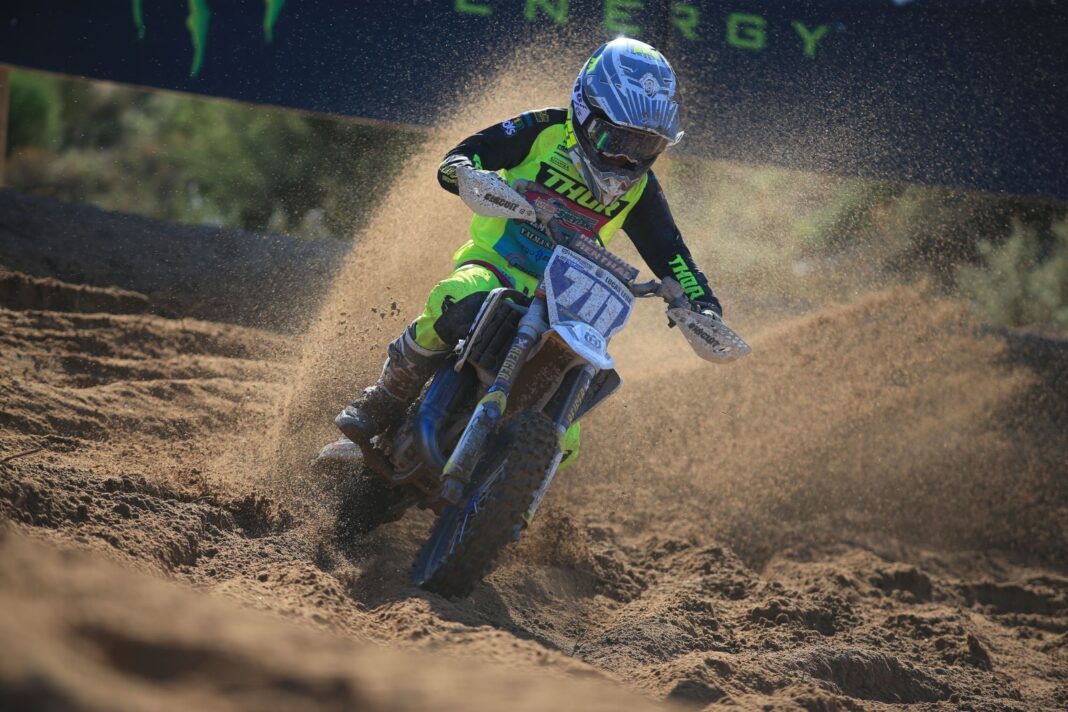 FIM European Motocross championships heads to the sandy Riola Sardo circuit in sardinia this weekend, with Lucas Leok claiming the first EMX65 win of the day.

Heading out the gate for the opening EMX65 moto of the day at the sandy Riola Sardo Circuit, it was Aron Katona who holeshotted just as a huge pile up on the start with around ten of the young riders going down.

After a few laps in there was a four way battle for the lead, with a host of EMX65 rider battling it out and pushing through the deep sand, as the top three riders started to pull away from the rest of the pack.

As Aron dropped back through the pack down into sixth position, this then allowed Husqvarna rider Lucas Leok to fly through and eventually take the race one win in Italy, followed by Viktor Leppala, Dex Van Den Broek, Michal Psiuk and Jenairo Beerens rounding up the top five.