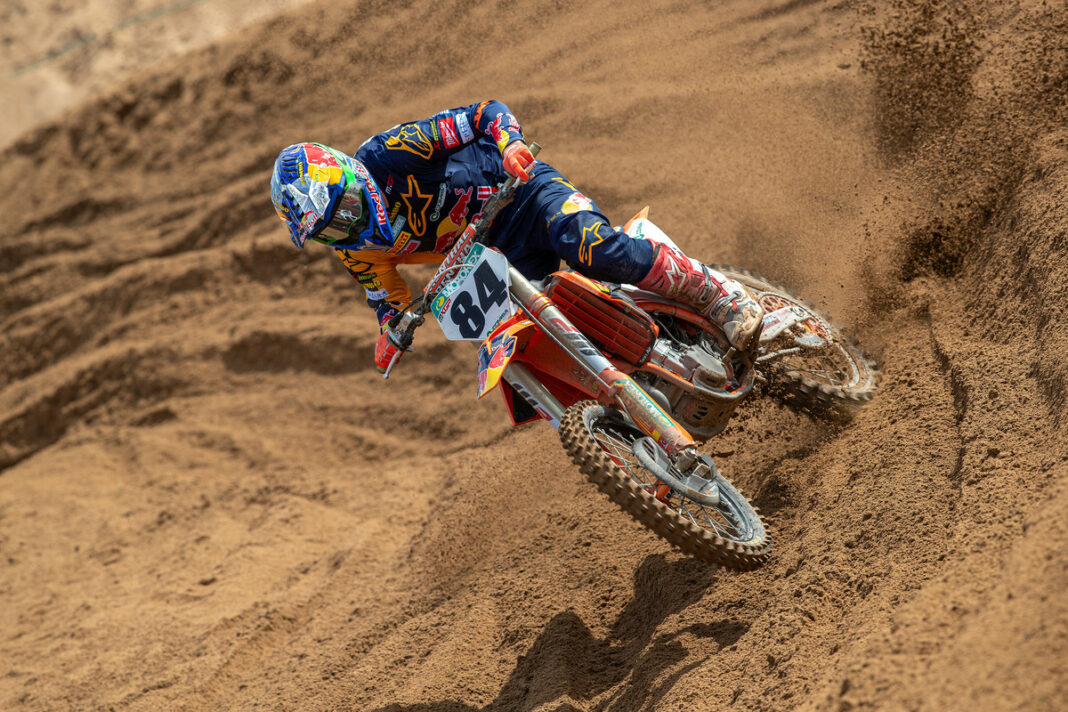 Red Bull KTM’s Jeffrey Herlings stormed to yet another MXGP Overall victory this weekend in Riola Sardo, claiming a double win and the championship red plate.

Storming start to finish in the opening MXGP moto of the day in the deep sand, The Bullet made it look completely effortless as he made the pass on Red Bull KTM Team mate Jorge Prado to claim the second win of the day in Italy.

“I am Happy from one side and unfortunate from the other because it’s a sad way to take the red plate,’ said Herlings.

“The points have never been so close before after ten races, as it is right now, we are super close. For today, I was first in time practice and then the first race I managed to get the holeshot, that was a surprise and then managed to control the rest of the race.”

“The second race I started behind Jorge, I tried to overtake him, and it was tough to pass. I tried many times and eventually I managed to pass him, pull a gap and control the rest of the race.”

“It was a picture-perfect weekend and I hope I have more of those throughout the season. For now, we keep going and be the best every weekend. We have improved on many occasions this season, like the starts, we have worked hard on this.”

“Speaking of the MXON, with the team we have for Holland, I think we have a chance to win, and I will do my best to help my team to come out on top but Italy also has a strong team but we will see.”