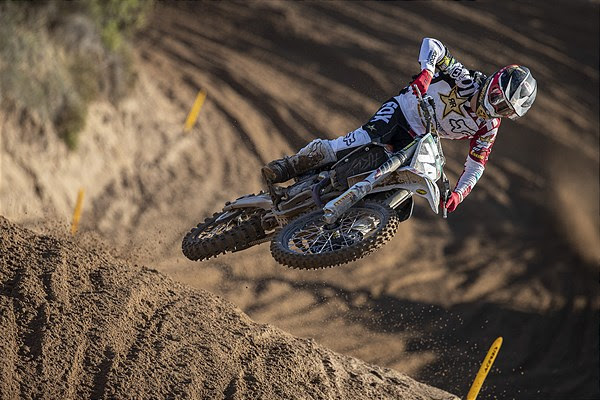 Rockstar Energy Husqvarna’s Kay De Wolf grabbed another podium finish this weekend in the Riola Sardo sand, despite a few crashes in the MX2 class.

The sixteen year old dutch rider put this sand skills to the test during sundays moto’s, securing a solid fourth place in the first race and after a coming together with Monster Energy Yamaha Thibault Benistant during the second moto, he managed to work his way back up to fourth place for third overall on the weekend.

“It definitely could have been better if it wasn’t for an unfortunate crash in race two. As I came out of a corner fast I just couldn’t avoid Thibault Benistant’s bike, which was laying in the track. There was just not enough time to stop and I hit his bike.”

“I burnt my arm and it took a little while to free my bike from his. It’s frustrating but my riding was really good and I was able to make up the positions that I lost quite quickly. Overall, though, it’s been a great weekend. I’ve moved up to seventh in the standings so I’m really happy and looking forward to Germany in two weeks’ time.”