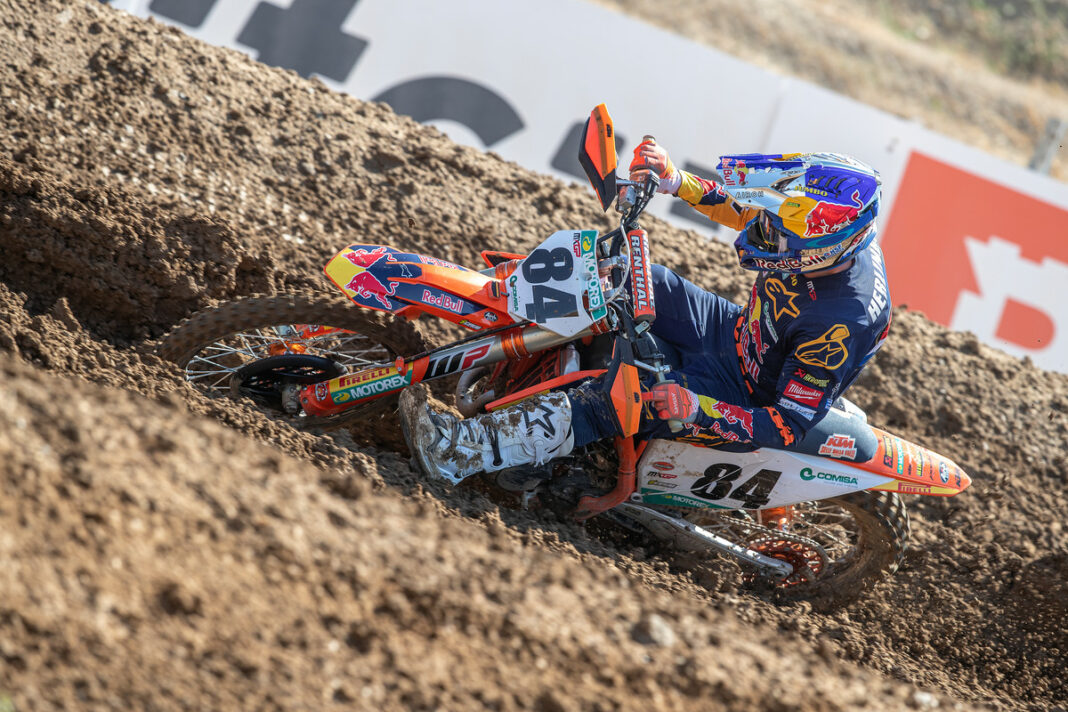 Red Bull KTM’s Jeffrey Herlings shot to victory and claimed the MXGP championship lead this weekend with a double race win in the Riola Sardo circuit in Italy.

Prado holeshots the second MXGP Moto of the day in Italy with the Bullet and teammate Jeffrey Herlings right on his tail during the opening laps, with Monster Energy Kawasaki’s Romain Febvre trying to keep with the two front runners in third. Monster Energy Yamaha rider Ben Watson had another great start to the moto sitting in fifth.

Herlings then makes a huge pass on Prado almost cutting him off mid corner, moving into the lead and checked out with five minutes left on the clock.

HRC Honda’s Tim Gajser still struggling during the second moto of the day in Italy, with the sand kicking him right up out the seat and he tries to wrestle the 450 machine with that collarbone injury. Febvre managed to remain on his machine until the end of the moto, grabbing a third.

Jeffrey Herlings takes over the MXGP Championship lead after winning the second moto of the say in Riola Sardo, dropping Tim Gajser down into second position, there is only one point between them as they sit half way through the championship season.