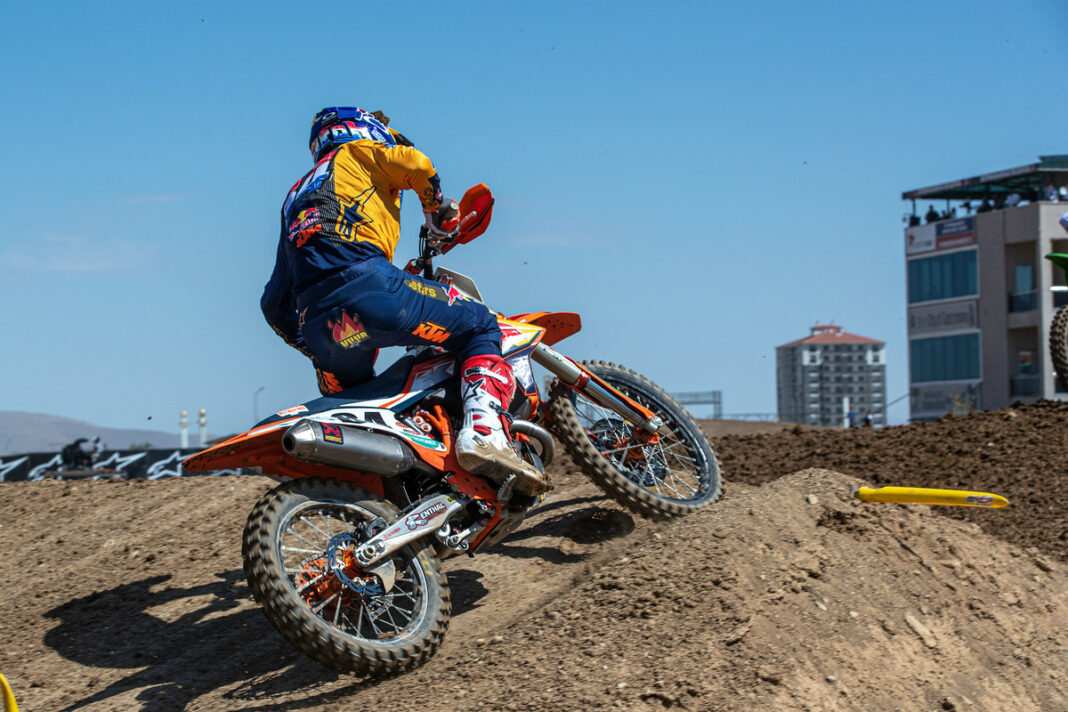 Red Bull KTM Jeffrey Herlings followed suit after his fastest timed practice with a start to finish race one win in the deep sand in Riola Sardo.

Grabbing the first MXGP Fox Holeshot of the day at the sandy Riola Sardo circuit in Italy was Jeffrey Herlings, after going fastest in timed practice. Following behind was the Monster Energy Yamaha rider Ben watson grabbing a mega start in second position behind the Bullet, and manages to hold that place until Jorge Prado puts the pressure on and makes the pass on Ben to move up into second place as Monster Energy Kawasaki Romain Febvre started to push the pace behind Watson.

Still struggling with a broken collarbone and recovery, HRC Honda MXGP Championship leader Tim Gajser struggled way down in the pack of the first moto, remaining almost last for most of the moto and eventually finishing in nineteenth position. With Antonio Cairoli not lining up for today racing after a huge crash in timed practice, this left the door wide open for the rest of the field.

Gebben Van Venrooy Yamaha rider Calvin Vlaanderen was on the charge also in the opening moto making a pass on Watson moving him further down the field, with Vlaanderen finishing ultimately in decent fourth place.

Jeffrey Herlings was on a mission making this moto look super easy in deep sand as he came round to lap the championship leader Tim Gajser, and won the moto with a huge forty two and a half seconds lead ahead of team mate Prado.