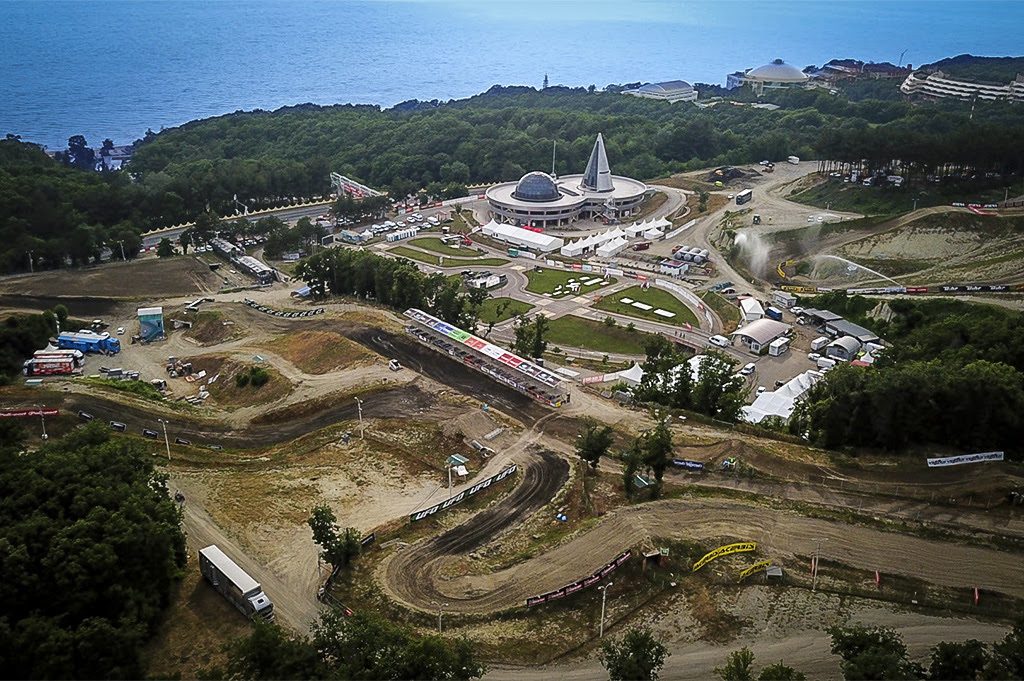 MXGP returns for the 2021 season opener at the seaside town of Orlyonok, Russia this weekend, showcasing the hilly hardpack circuit.

Located in southern Russia close to the Black Sea, the circuit has not hosted an MXGP round since 2019 due to the ongoing COVID-19 Pandemic, so this weekend will be the fourth time that the FIM World Motocross Championship will visit the track.

Back in the 2017 season, Clement Desalle and Pauls Jonass were the first riders in MXGP and MX2 to win at the newly introduced track, with the pair still holding the record for the most GP wins at the Russian circuit with two victories each.

Desalle has retired from the World Championship and this gives HRC Honda’s Tim Gajser – winner of the Russian GP in 2019 – a chance to equal the Belgian’ss record. With Jonass now back to full health and back in MXGP, we could see the Latvian taking a win on his return.

Last the time the MXGP was held in Russia, it was back in 2019 when we saw Gajser and Jorge Prado dominate the field with the pair winning both races to take a secure GP victory each. With Prado moving up to the premier class this season, this leaves the door open for a brand new MX2 winner in Orlyonok.

There is no doubt that Gajser will look for a strong start to his 2021 campaign, as he defends his title for a second consecutive year. Though he’s got quite a field of riders to contend with, with the likes of Red Bull KTM’s Jeffrey Herlings making a return after last season’s injury, alongside his team mate Antonio Cairoli hunting down his tenth consecutive world title.

Rider that will be missing out this weekend are the Rockstar Energy Husqvarna rider Arminas Jasikonis, and Team HRC’s Mitch Evans as they continue to recover after injury.