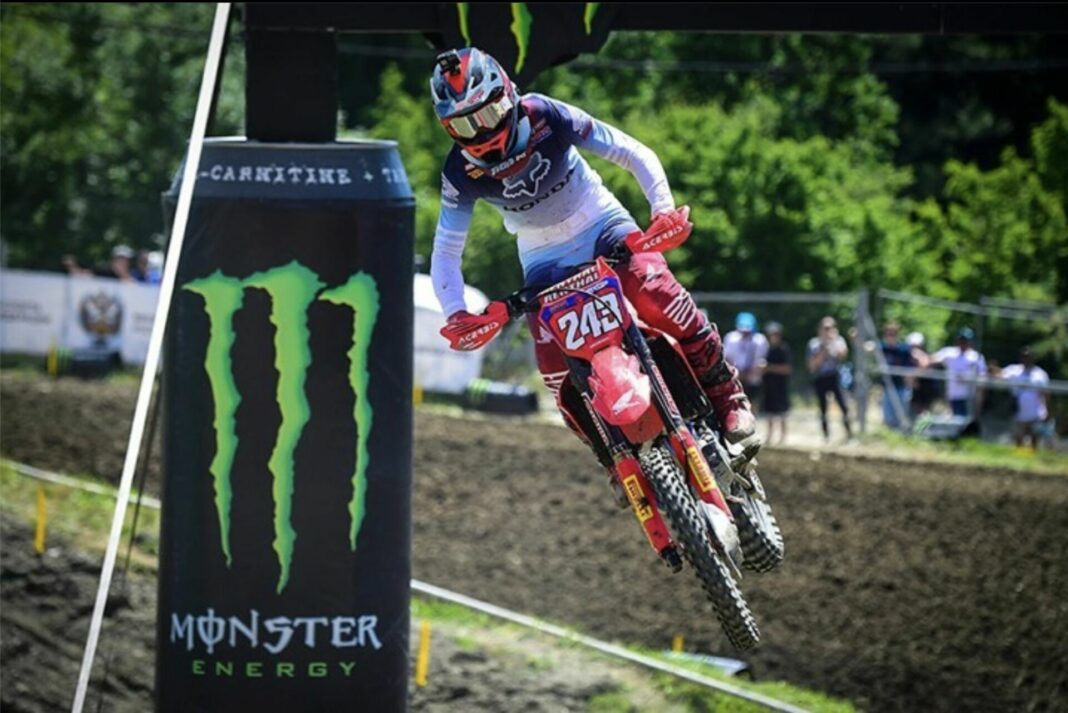 Reigning MXGP World Champion Tim Gajser got his title defence off to the perfect start at the season opener, bagging both wins and the overall victory in Russia.

Gajser shot out the gate in moto one of the day at Orlyonok, showing his incredibly smooth riding style immediately. Red Bull KTM’s Antonio Cairoli and team mate Jorge Prado both headed into the first turn in a decent position, but it couldn’t match Gajser’s speed.

A few riders hit the deck on the first few laps including Standing Construct Factory GasGas rider Pauls Jonass, which then saw him retire from the first moto around the halfway mark. Arnaud Tonus came together with Ivo Monticelli on the start which dropped them both way back in the pack.

Prado also went down as did Monster Yamaha’s Ben Watson, both in separate incidents, allowing Romain Febvre, Cairoli, Jeffrey Herlings and Alessandro Lupino to fly through.

Febvre and Cairoli however battled between them in the rough conditions, ultimately grabbing second and third positions in the first moto, as we saw Herlings slightly struggle and finish in fourth.

British riders Shaun Simpson, and brothers Nathan and Ben Watson both finished a decent seventeenth, nineteenth and twentieth, after pushing hard through the stacked field.

Your top ten in moto one are:

Herlings was back on form in moto two, grabbing the holeshot, as Gajser sat down in dead last in the first couple of laps due to a pile up on the first corner. Herlings then made a mistake dropping his bike which allowed Cairoli to gain the lead, followed by Pauls Jonass, and Romain Febvre.

Gajser however went on the charge diving up the inside of Jeremy Sewer, as Febvre had a huge moment trying to make a pass on Jonass which then cost him a podium finish. As Jeffrey came under pressure from the HRC Rider, it didn’t take long for Gajser to make the pass and try to close the gap on race leader Cairoli.

Further down the field in moto two, Hitachi KTM Adam Sterry broke into the top ten, as fellow Brits Ben and Nathan Watson and Shaun Simpson both sat in the top twenty.

Gajser however rode incredibly closing the gap on Cairoli by almost a second a lap, and made the pass with seven minutes to go claiming the MXGP Overall win for the season opener. Cairoli had a huge moment trying to chase down Gajser causing him to DNF with bent handlebars, which bumped Febvre up onto the podium.

Your top ten in moto two are: