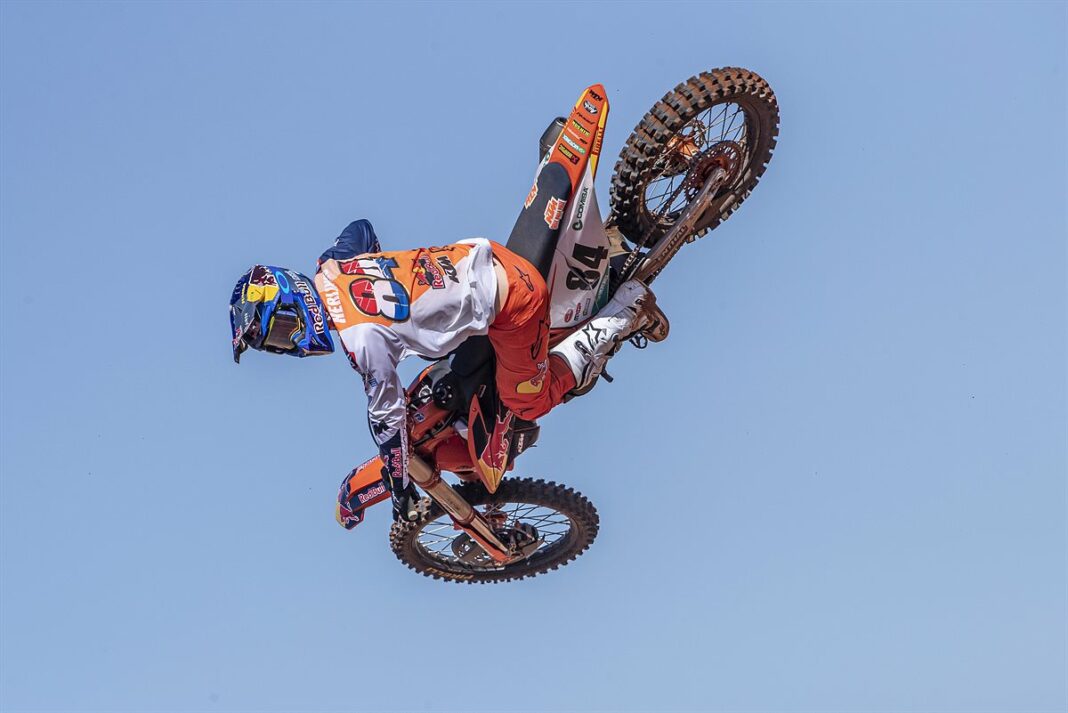 This weekend the 65th FIM World Motocross championship gets underway with the Grand Prix of Russia, as Red Bull KTM Factory racing looks to defend there MX2 title and challenge for the MXGP crown.

The Grand Prix of Russia will be staged at the sweeping Orlyonok hard pack circuit for the fourth time, as this first round of the season opens a busy flurry of events with visits to Britain, Italy, Holland, Czech Republic and Belgium taking MXGP up to the first weekend of August.

Orlyonok brings the FIM World Motocross Championship to life after two previous delays to the race calendar, and will see the Red Bull KTM Factory Racing field a powerful six rider line up.

In 2021 MXGP will again revert to a one day format for the GP weekends, EMX European and the other support classes will fill the Saturday timetable. On Sunday, MXGP and MX2 will have free practice and timed practice to determine positions for the gate line up, and then two motos per class to decide the overall classifications.

“With MXGP starting we can finally get all of our Red Bull KTM Factory race teams firing,” said KTM Motorsport’s Director, Pit Beirer.

“2021 has already been a strong year for Supercross and MotoGP, and we fully expect the GP boys to again be showing all their quality and potential to bring trophies home. The world championship is starting late but that doesnt mean it will be any shorter or easier.”

“We have a lot of experience in the team but also some exciting talent to watch. We want to play our role in the championship fight and keep all the guys healthy and happy.”