Home Motocross MXGP MXGP Russia: ‘I’m pleased to have that one checked off’ – Shaun... 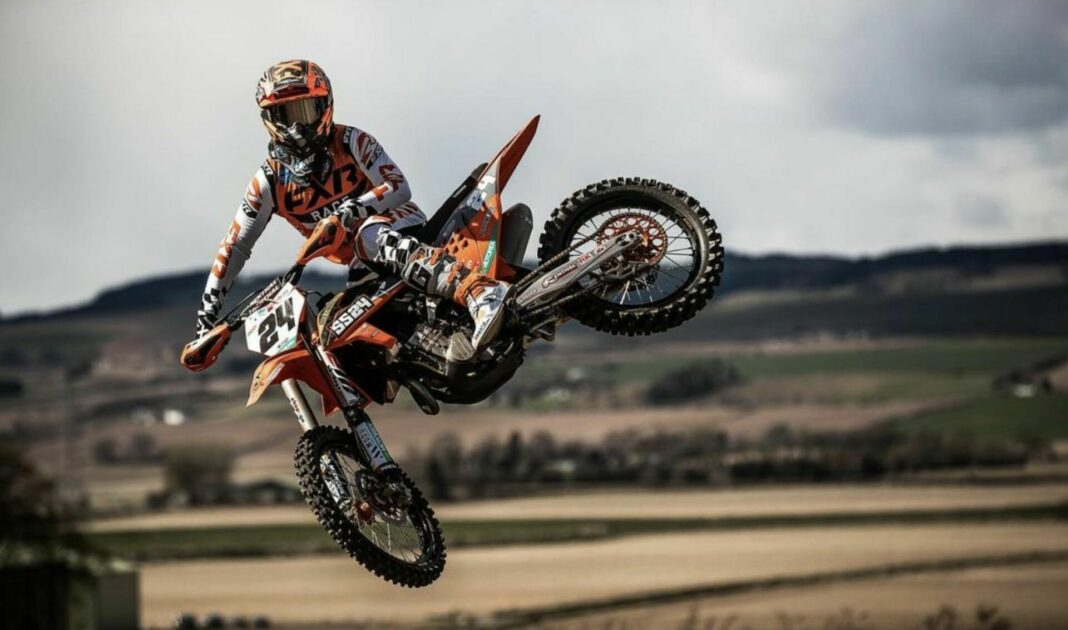 SS24’s Shaun Simpson got his first MXGP meeting under his belt this weekend at the hilly beachside track in Orlyonok, Russia.

“It was a cool weekend,” said Simpson. “Really quite a fast day with the Sunday-only race, it was kind of over before we knew it really. Practice was a bit wet and slippery so I really didn’t feel comfortable on track at all.

“With the hills I felt like my setup was a bit off so we had to go quite a bit harder on the suspension just to be able to deal with some of the holes. Managed to figure a few things out but qualifying 24th wasn’t something we were looking for, I knew the races would be completely different, so I tried to focus on the start and the first few corners and making a good job of the first lap.

“The first race actually worked out okay, I was away in around twelfth or so, dropped back a few places and a few fast guys came past so I just settled into a bit of a rhythm. I kind of then adjusted my goals for this year with regard to starting off consistent and getting some points on the board, no big heroics or mistakes.”

“I just really enjoyed riding it”

“The second race was much of the same really, I got quite a decent start carving through the first few corners, I was around twelfth to fourteenth place but I unfortunately went down on the second lap so that cost me quite a bit of time and positions.

“So sitting outside the top twenty I just kept grafting away I felt like I was making good time towards the middle part of the race, then just lost the tow on a few guys but ended up finishing sixteenth so, with a 17 – 16 scorecard unfortunately left me eighteenth overall with nine points on the board was reasonably consistent.

“I’m pretty happy with it, you know we always want more but it’s important to get out of there healthy, you know a lot of guys had gone down and made mistakes but I was pretty pleased to have checked that one off. Back to similar conditions for Foxhill’s next week so good practice for that.

“Looking forward to grinding the next few away, it will be cool to see how the championship is shaping up after four or five rounds that’s when it really gets started as everyone is really into a flow. Were going to be testing a little bit more over the next couple of weeks, it’s going to be busy but it’s important to stay healthy during the week and bring your A game at the weekends.”