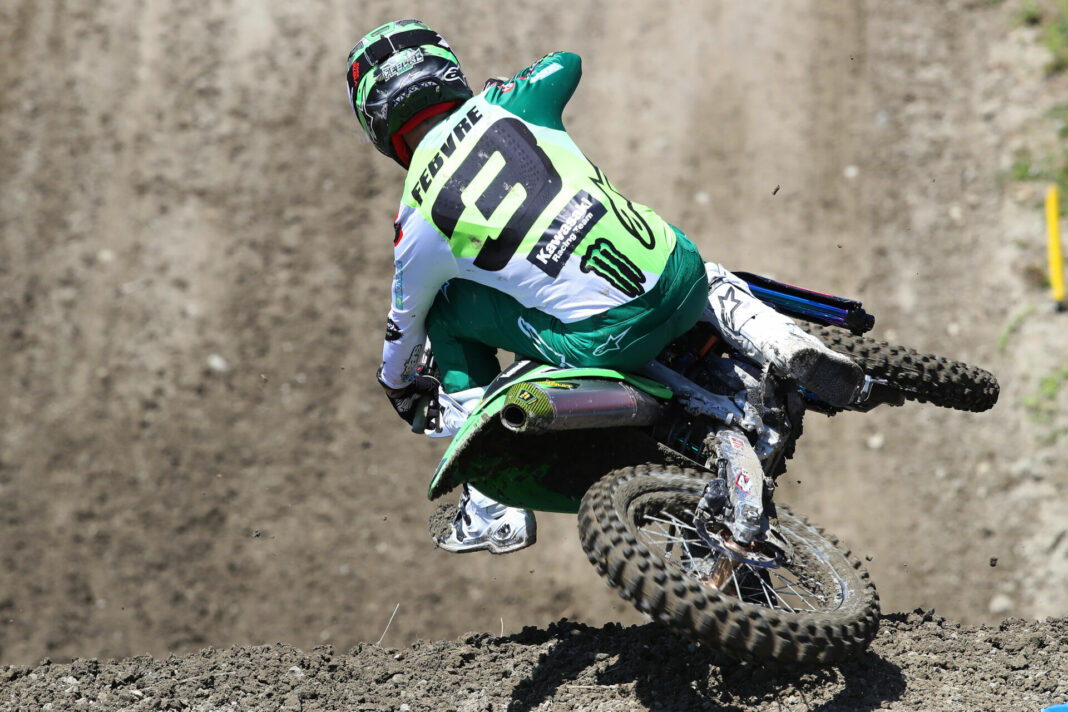 Monster Kawasaki Romain Febvre set the fastest lap in each MXGP race this weekend to claim a podium finish at round one at Orlyonok, Russia.

The Frenchman had already confirmed his speed with third place during this morning’s timed practice, and then grabbing a second place in moto one after losing drive up the hill.

Heading into the second moto, Febvre made a mistake clipping the rear wheel of another rider, dropping him down to fifteenth, but he still managed to claw back a sixth place finish.

“I had a good start both motos,” explained Febvre. “The first laps were drama both times but I was soon third and I saw I was faster than the others so I took my time to look for lines.

“In race two Jonass secured the inside line everywhere which made it difficult to find a way past. At one point I was really close to him when he cut the line at the last moment; he took out my front wheel and I went into the fence.

I managed to take the bike out of the fence but I lost my balance and fell over again to lose 20 seconds or something.

“After that I thought the podium was over, but I never gave up charging, I didn’t know until I finished that I was on the podium. I feel really good physically and mentally and I am calm.

‘I still need a little more race time to build my race speed so this was a good start to the season. it’s on your bad days that you win championships.”