Home Motocross MXGP MXGP Russia: ‘I just need to get back in my groove’ –... 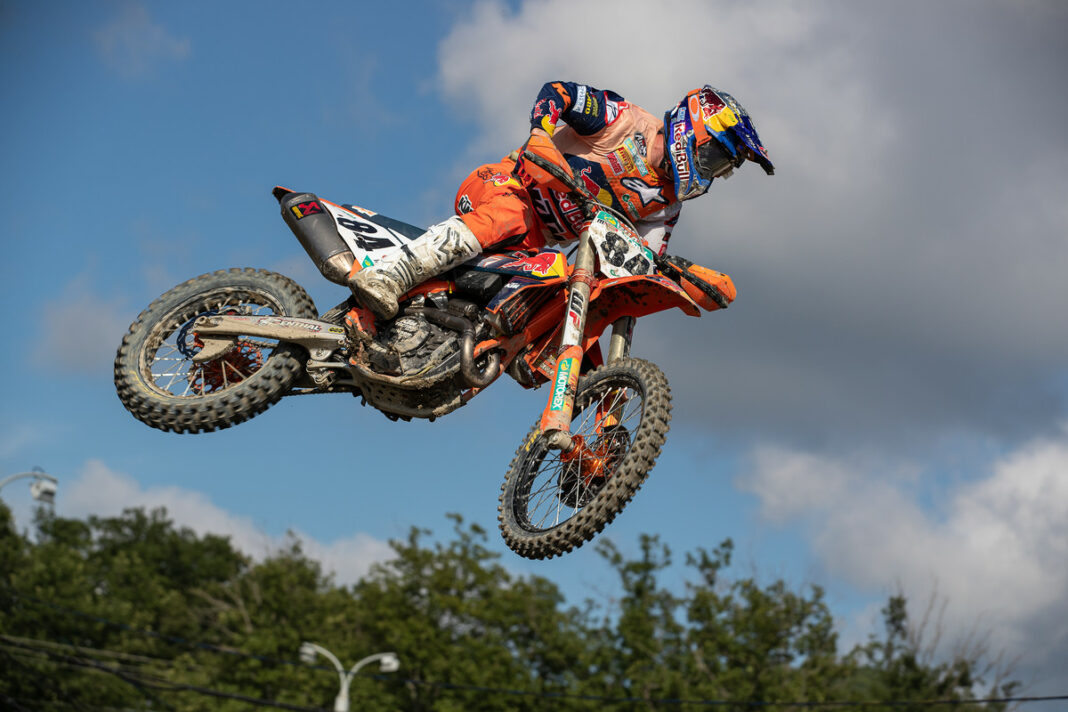 Red Bull KTM’s Jeffrey Herlings grabbed pole position in Sunday’s MXGP timed practice, but after making some mistakes in both motos, it was a struggle for the Dutchman in Russia.

Grabbing a steady start in the first moto, Herlings managed to settle for fourth position, battling against the heat and slick track conditions. Being first on the gate for the second moto, this helped him shoot through to the front of the pack and grab an early lead, before making a mistake which cost him four places, but he managed to claw through the pack to grab a podium finish.

“I started the day with P1 in timed practice,” explained Herlings. “In the first race I had a bad start, I was fourth or something and was struggling with the guys in front, managed to finish fourth which was decent, not good but decent and then in the second race I had a really good start and was leading.”

“Then I made a small mistake, crashed and lost a few places, then worked my way to third then Tim passed me and I was back in fourth. I then passed Jonass for third.”

“I felt a little off the pace, obviously I had a bit of luck with Tony going down which I feel sorry for him but managed to finish second and second overall, so it was a decent day, I mean I haven’t race GP’s for 9 months, my fitness is not there yet but I just need to get back in the groove”.

“It’s a big improvement, obviously it’s [the foot] not like new, but I don’t have any pain”.