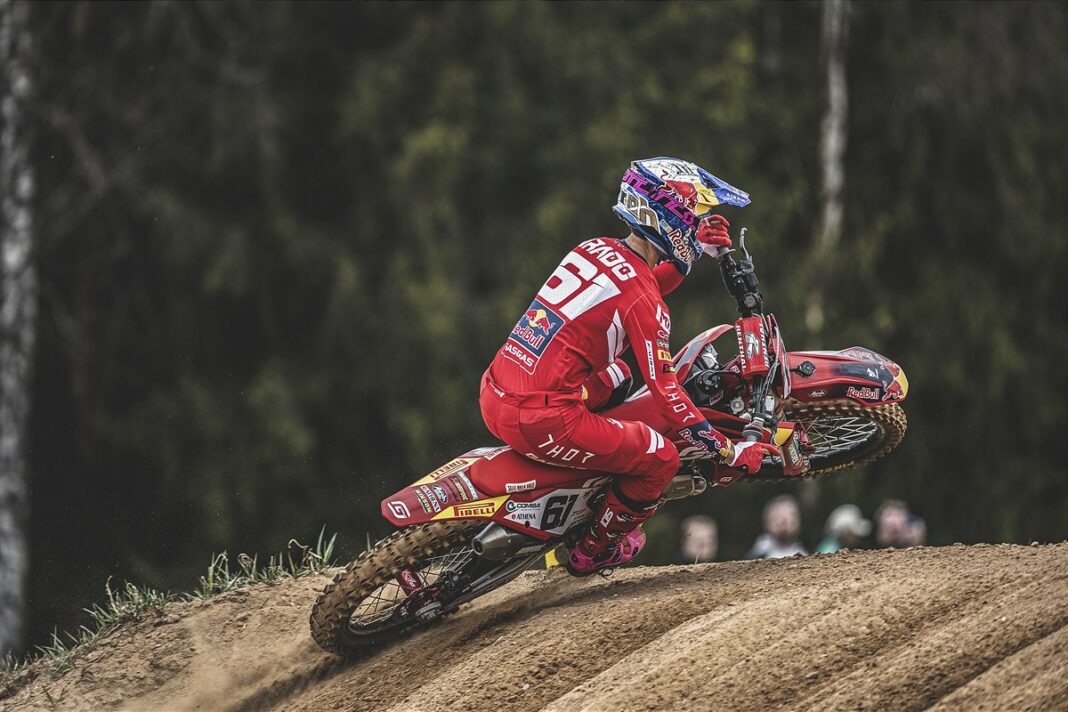 Red Bull GASGAS Factory Racing is ecstatic to reveal that Jorge Prado will jump back onto his MC 450F at this weekend’s Grand Prix of Sardegna, after missing the last event with a shoulder injury that was sustained at the end of April.

Prado rode earlier this week and confirmed that his shoulder is strong enough to leap into the sand of Riola Sardo for round eight of the 2022 FIM Motocross World Championship. Prado is going to join Mattia Guadagnini in the premier division; ‘101’ will race the MC 450F for the first time.

That means that there will be two GASGAS Factory Racing riders in the premier class for the first time this season! After missing last weekend’s Grand Prix of Italy, Prado now sits fourth in the standings. Eleven points separate him from a top-three ranking heading into the Grand Prix of Sardegna.

Jorge Prado: “I am very excited to return to racing with Red Bull GASGAS Factory Racing this weekend! I only missed one race, but it was far too long away from my MC 450F. I rode earlier this week and my shoulder felt strong enough to race, so we will head to Riola Sardo and try to take as many points as possible.”