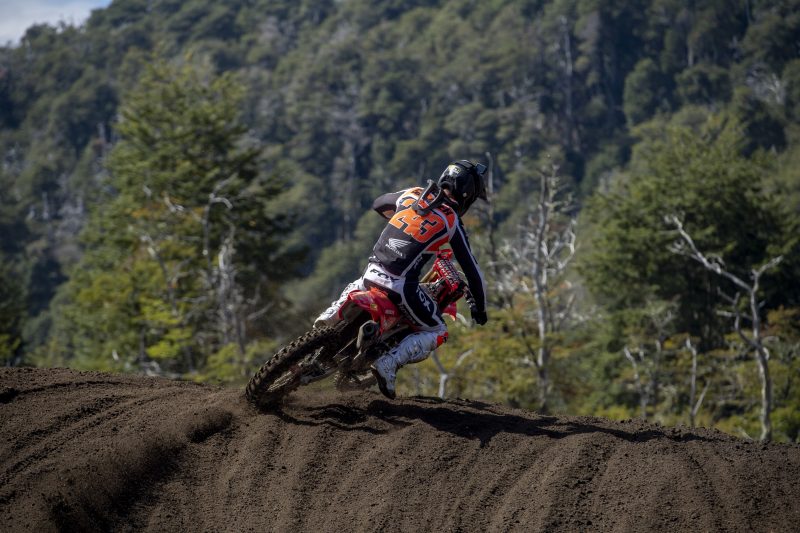 HRC Honda’s Tim Gajser has been on a winning streak lately at the last few rounds of the FIM World MXGP Championship, heading into round four this weekend with a positive mindset.

The scenic hard-pack track, an hour south of Porto hasn’t hosted a round since 2019 where Gajser went one-one, starting off his seven-race win streak on his way to what was his third world title. Now, a few years later, the #243 is hoping that Agueda is kind to him again as he hopes to keep his new win-streak alive and increase his points gap from the seventeen points it currently stands at.

“I’ve been feeling really good this season, having a lot of fun in the races and I think that is showing in the results.” said Gajser. “I’ve won every round and either finished first or second in every race, so I am showing my speed and my consistency.”

“Agueda is another track that I like and I’ve won here before, so hopefully I can continue this run and try to get my first one-one of the season as well. Everyone in the team is working really hard and it is great to repay that work with these wins!”