Home Motocross MXGP MXGP Portugal: ‘It’s great to get back on the top of the... 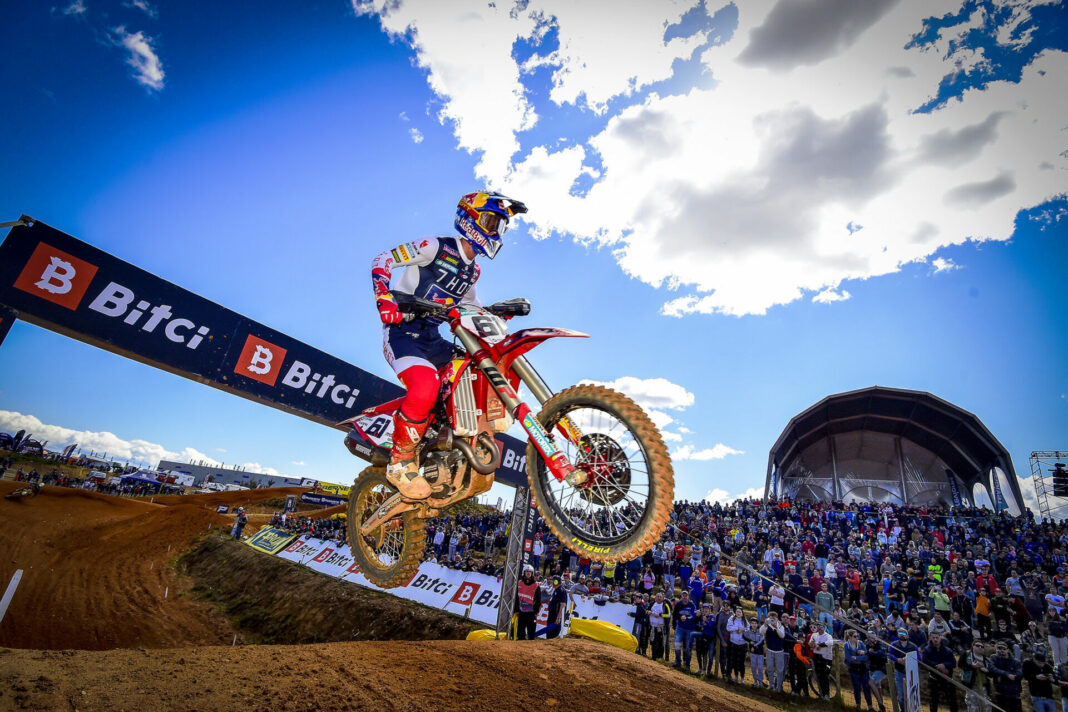 Grabbing a 1-2 scorecard the spaniard finished on the top step of the podium, closing the gap to the MXGP championship points leader HRC Honda’s Tim Gajser.

“It’s great to get back on the top of the box. It’s hard, everybody is riding very fast and in the first races until now it was hard for me to ride like myself, always with a lot of pressure and I don’t know why.”

“It was a long time since I won so when everything goes well, it looks like everything comes easy, the wins come one after each other, but once you get the win, I think it’s the perfect place to be in to relieve pressure. And I think this weekend will change a lot. It’s been hard, especially Argentina but I’m super happy to be here and to go 1-2 for the overall. Second race was tough, but I got the GP win.”