Home Motocross MXGP MXGP Portugal: ‘I was close to the podium today’ – Coldenhoff 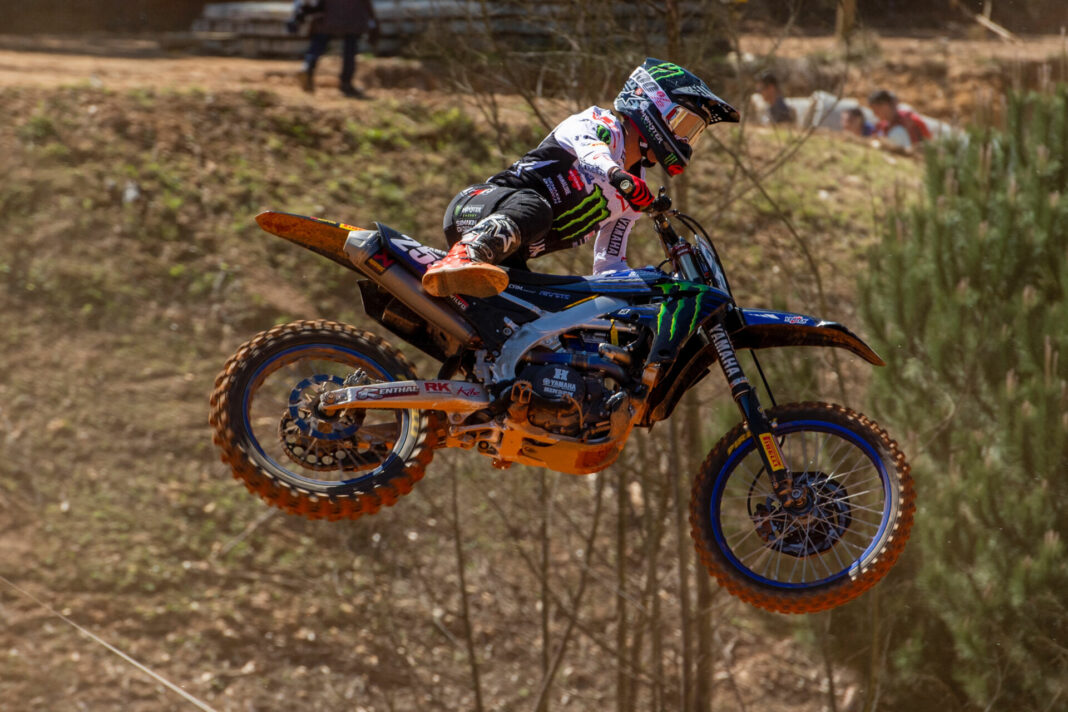 Monster Energy Factory Yamaha’s Glenn Coldenhoff took a qualifying race win in Agueda this weekend, for the MXGP of Portugal.

The Dutchman took a commanding Qualifying Race win, his first since 2020, and followed up Pole Position with a fourth and a third-place finish for fourth overall, narrowly missing the podium by 2-points.

Starting the Grand Prix with a confidence-boosting Qualifying Race win, Coldenhoff looked sharp aboard his YZ450FM. But arm-pump has been a predominant issue for Dutchman this season, and after battling inside the top three for the first 25-minutes of the first race, he had no choice but to relinquish third position to Tim Gajser in the final throws. Fortunately, the gritty 32-year-old still found the strength required to battle through the pain barrier to keep fourth.

“I was close to the podium today.” said Coldenhoff. “I have been struggling with arm-pump this season, and in the first race today, I got it big time.”

“I tried to ride a little more calmly in the second race, just did my thing, and I didn’t get arm-pump that time, which meant I had something left at the end and I almost got Jorge Prado for second, which would have put me on the podium. So, it’s a bitter-sweet finish, but still a lot of positives to take from here and I am feeling good.”