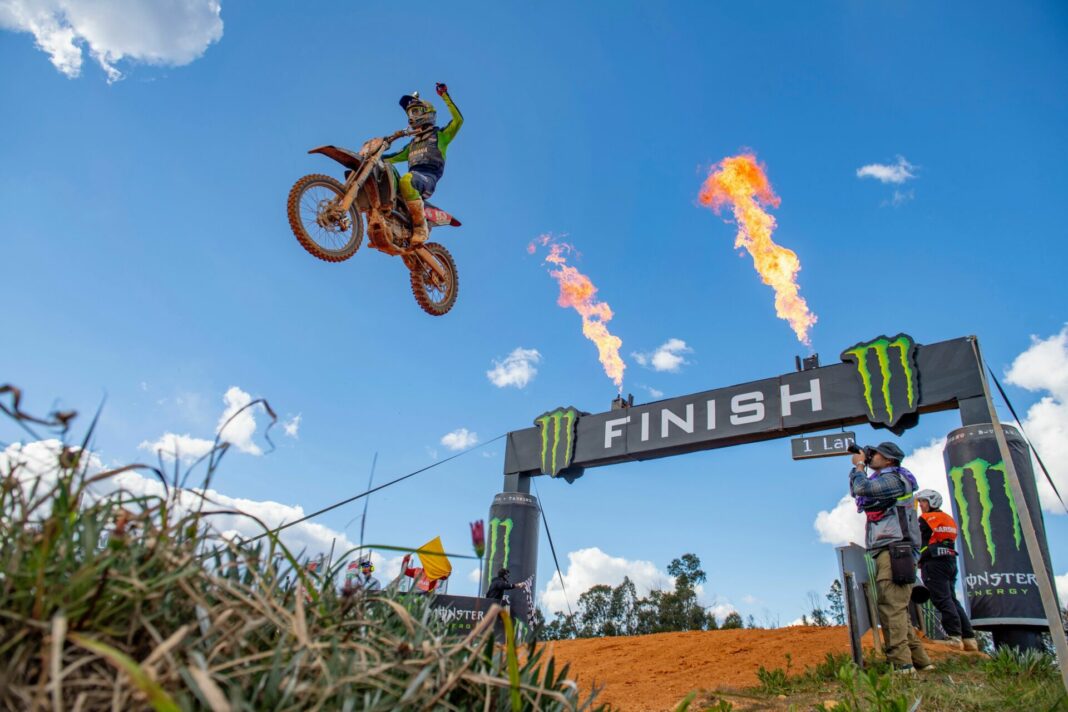 Monster Energy Yamaha Factory MX2’s Jago Geerts made an impression at the fourth round of the FIM Motocross World Championship in Agueda, Portugal, making amends to his first race woes with a convincing victory in Race two.

Geerts got the Portuguese Grand Prix off to an inch-perfect start. The Belgian was flawless on Saturday, leading every lap of the Qualifying Race to secure his third consecutive Qualifying Race win. At the same time, after a five-month break from racing, while recovering from an ACL ligament repair, Benistant suffered from arm-pump during his first race back but fought hard to qualify 12th position.

Starting from Pole Position in the championship races, Geerts got off to a decent start in Race 1 but had his hand come off the handlebar on the landing of a small step-up jump and was thrown to the ground on lap 2. The ‘93’ had to make a brave remount and while it seemed inconceivable for the Belgian to bounce back from the spectacular fall with the Agueda circuit proving hard to pass on, he dug deep and put on a compelling display of heart and determination as he charged to a ninth-place finish.

Determined to salvage as many championship points as possible, the YZ250FM ace bounced back with a vengeance in Race 2. The 21-year-old showed how potent he is this season, charging back from fourth to pass some of the strongest championship contenders on his way to an emphatic race win – his fourth of the season and 24th of his career.

“I’m really happy about my riding today, although I am not so happy about my mistake in the first heat, but these things can happen. I managed to do some damage control and finish ninth. In the second heat, I felt really good on the track and was happy with the way I rode. I just want to limit these mistakes more for the next rounds.”