Home Motocross MXGP MXGP Portugal: ‘I didn’t have a good jump out of the gate’... 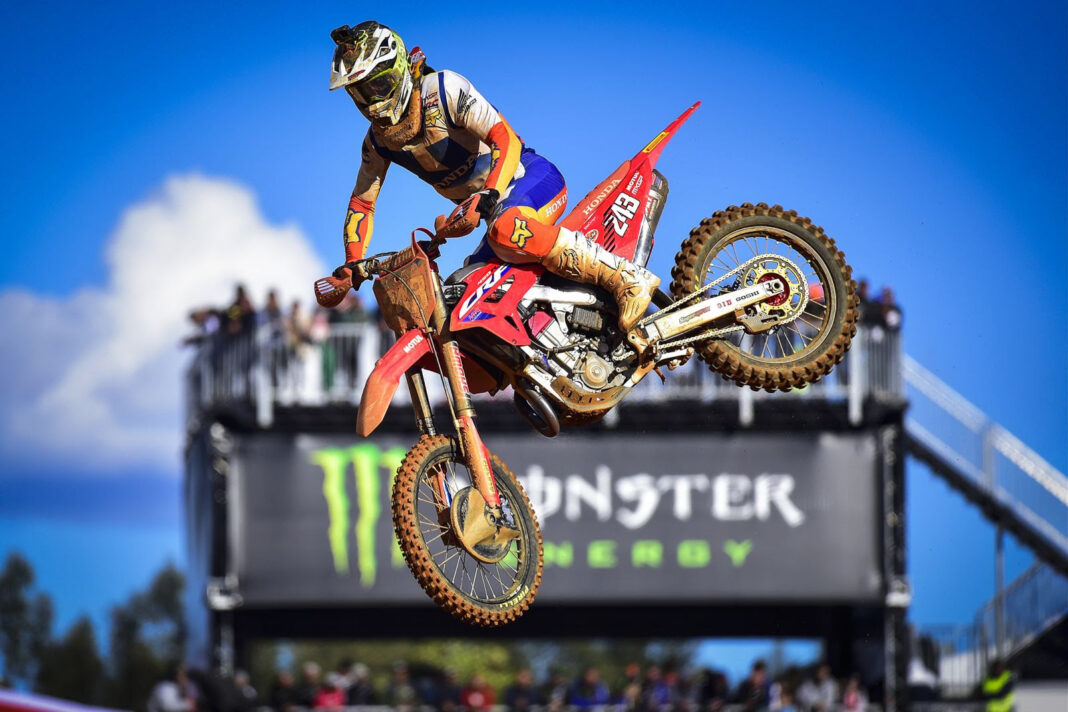 HRC Honda’s Tim Gajser came away with a second overall this weekend at round four of the FIM World Motocross Championship in Portugal.

Extending his championship lead with a 3-1 scorecard, the slovakian walked away with some good results from this weekend’s racing. Speaking in the post race press conference, Gajser said:

“It was a good day. The first race I didn’t have a good jump out of the gate, so I was a bit back and was struggling in the beginning to find good lines. Then about ten minutes into the race I managed to find some nice lines and make some passes, but the front two were already in a quite comfortable lead so it was really difficult to close and pass them. For the second one, I had a better start, I was behind Jorge, tried to find the lines again and then managed to make a pass and had two or three fast laps and control it, so I’m happy”.