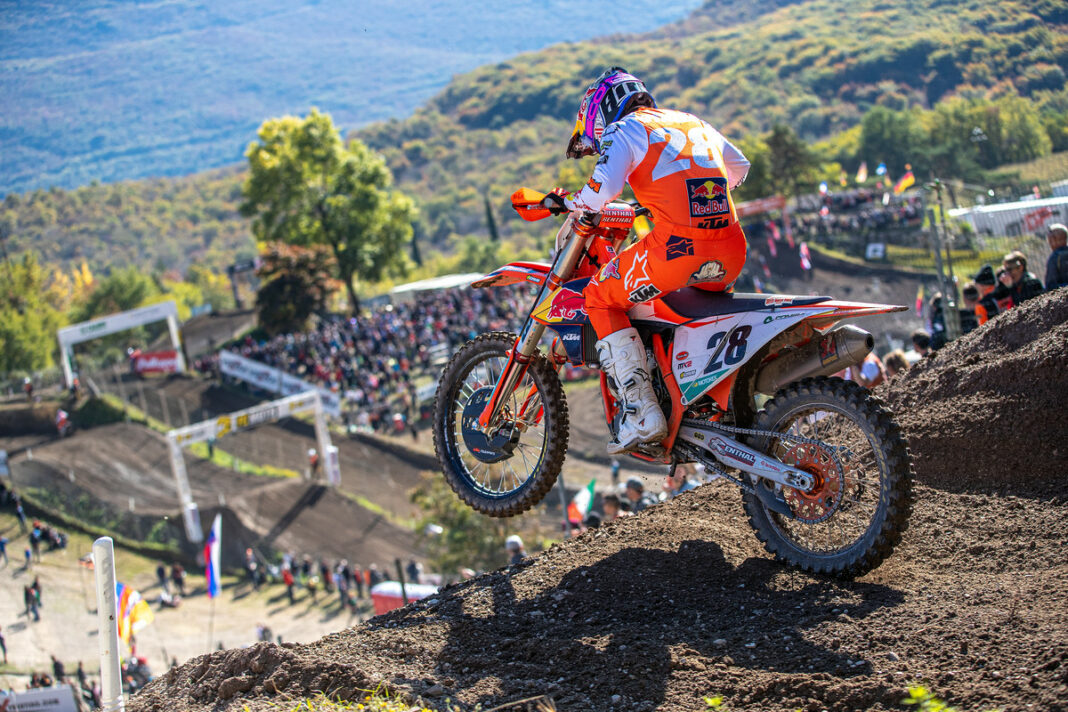 Vialle shot out the gate at the sunny Pietramurata circuit this Wednesday grabbing another Fox Holeshot, just as a few riders get tangled together on the start with Monster Energy Thibault Benistant and Assomotor Honda rider Stephen Rubini going down, with Rubini being stretchered off.

Championship leader and Monster Energy Yamaha rider Maxime Renaux had a rough start to the moto despite being third in timed qualifying, sitting way back in the pack early on in the moto. Managing to work his way through the field before getting completely wiped out by Rockstar Energy Husqvarna’s Kay De Wolf, which resulted in him finishing in

Huge pile up on the first couple of laps allowed Hitachi KTM’s Conrad Mewse to move up into fifth position early on in the moto, and he really started to close the gap mid moto on Red Bull KTM’s Rene Hofer, as Honda 114 motorsports Ruben Fernandez started to lose the tow on Monster Energy Yamaha’s Yago Geerts in second place.

Conrad’s bike then kept cutting out, which looks like mechanical fault and he retired the race. Vialle claimed the win, followed by Jago Geerts and Ruben Fernandez.