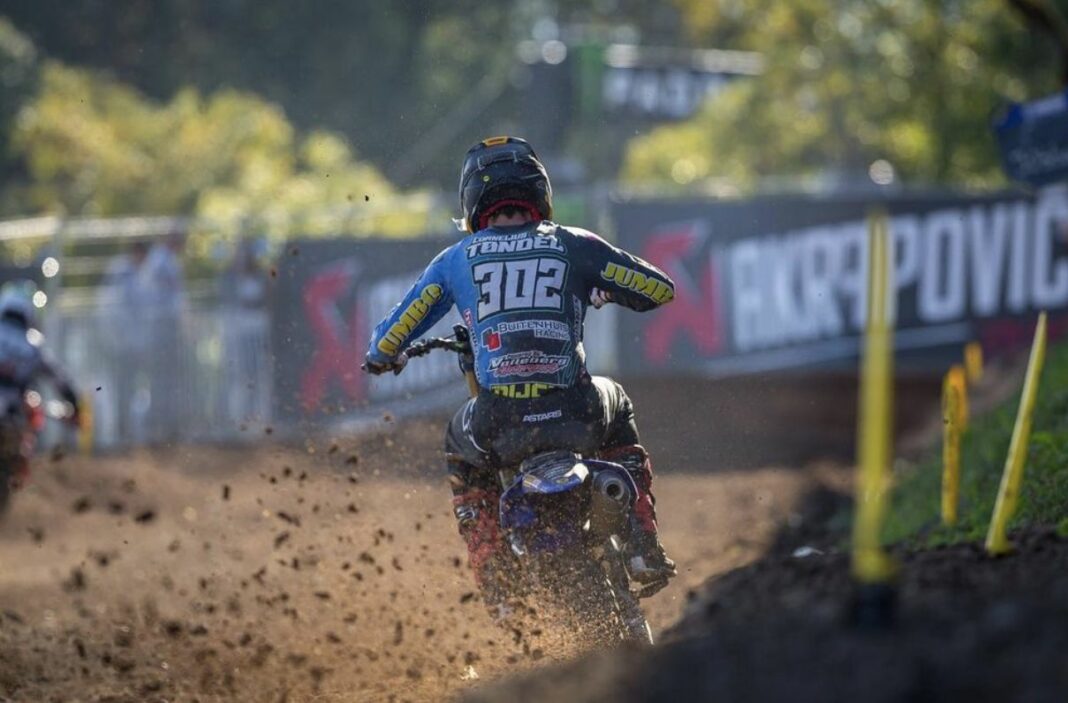 Wiley Racing Yamaha’s Cornelius Toendal grabs his first ever EMX250 Overall result at the Pietramurata circuit, in Italy for round eight of the series.

Factory Fantic Team Maddi rider and championship leader Nicolas Lapucci grabbed a rough start to the second EMX250 moto in Pietramurata, Sitting way down in eleventh position after his moto one win. Just as SM Action racing Gas Gas rider Kevin Horgo got pushed way down the pack and ending up around twentieth place during the start of the race.

Yamaha’s Andrea Bonacorsi however grabbed a decent Fox Holeshot ahead of team mate Jeremy Sydow, as they were both chased down by Rockstar Energy Husqvarna’s Maxime Grau sitting in third position.

After Lapucci made his way up to eight place in the moto, he crashed out with him managing to restart and finished in twelfth place. The chase was then on between third fourth and fifth, as Liamski’s Liam Everts shot through the field to grab another well earned fourth place finish in this moto, with just two laps to go.

Wiley racing Yamaha’s Cornelius Toendal however went on to win the overall result this tuesday in Pietramurata, ahead of Kevin Horgo and Andrea Bonacorsi.