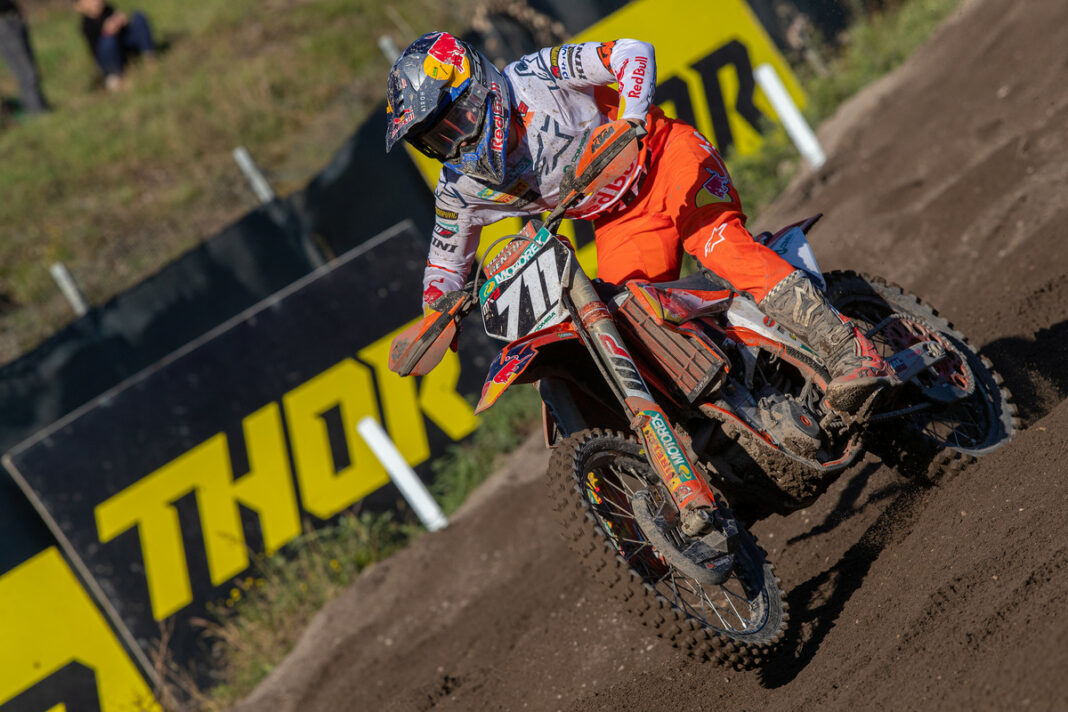 Red Bull KTM’s Rene Hofer claimed second moto victory and MX2 Overall victory in Pietramurata in Italy this Wednesday, for round fifteen of the series.

Red Bull KTM’s Tom Vialle once again grabs the Fox Holeshot for MX2 moto two of the day in Pietramurata, and leads the opening lap until Vialle and Monster Energy Yamaha and Championship leader Maxime Renaux come together, taking each other down completely. This then allows KTM’s Rene Hofer to move up into the lead and dominate the second moto.

The chaos continues as vialle rejoins the moto in fourth and Renaux in tenth place, just as Vialle had a huge on one of the jumps a lap later knocking himself out, and did not restart the race. More Bad luck for Conrad Mewse also, as he crashed on the opening lap, but managed to scrape a twentieth place finish.

Rockstar Energy Husqvarna Jed Beaton showed some speed and stamina as he moved up into third place, as Renaux pushed his way back through the pack and ultimately finished in third for the second moto. 114 Motorsports Ruben Fernandez was all over the back of Renaux, despite not feeling comfortable on track he admitted in his post race interview.

Rene Hofer however claimed his first race win of the season and first overall MX2 win, followed by Jago Geerts and Ruben Fernandez.