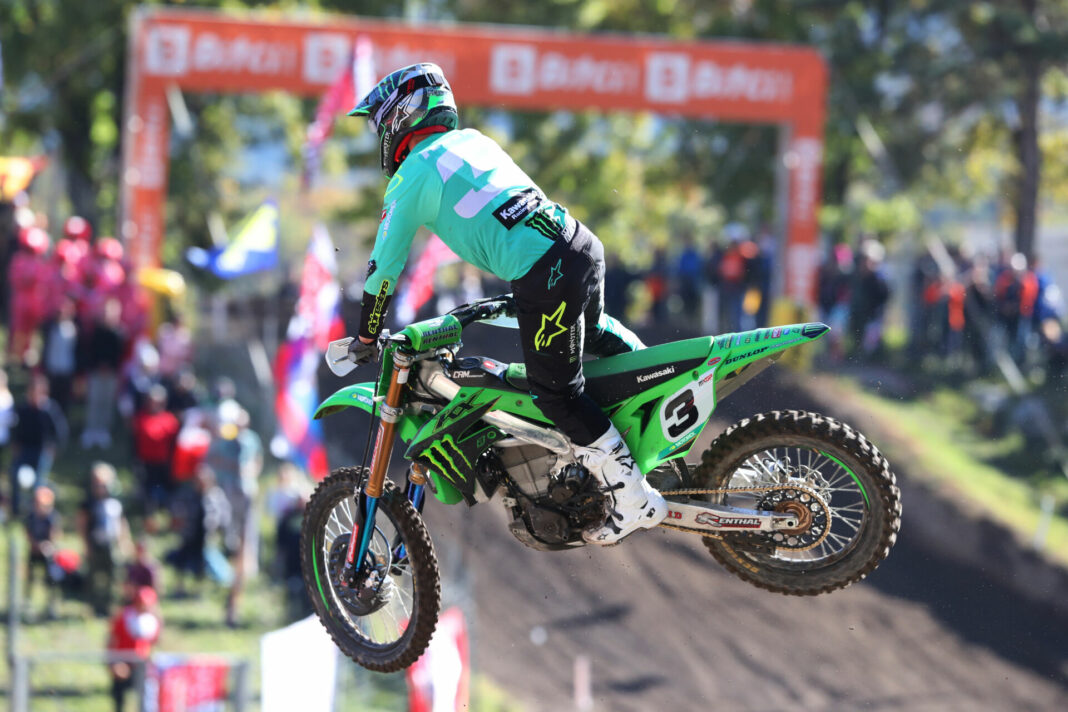 Monster Energy Kawasaki’s Romain Febvre stormed to moto one victory at the last minute at today’s Italian MXGP round, in front of HRC Honda’s Tim Gajser.

Cairoli has a much better start to this moto, as we have seen him suffer with injury over the last few rounds, he sat in third place for the beginning of the moto just behind multiple world champion Tim Gajser.

Monster Energy Yamaha’s Jeremy Seewer carried his speed over from sundays racing and sat in forth, as Prado dropped down out of the lead as Gajser pushed his way up through the pack. Teammate Ben Watson had a much better moto, sitting in seventh and eventually grabbing a sixth place.

With three laps to go, Febvre close the gap on Gajser as the pair go bar to bar as Febvre moved into the lead, as Gajser fights back with Febvre eventually taking the moto one win ahead of Gajser and Cairoli bringing home second and third position.