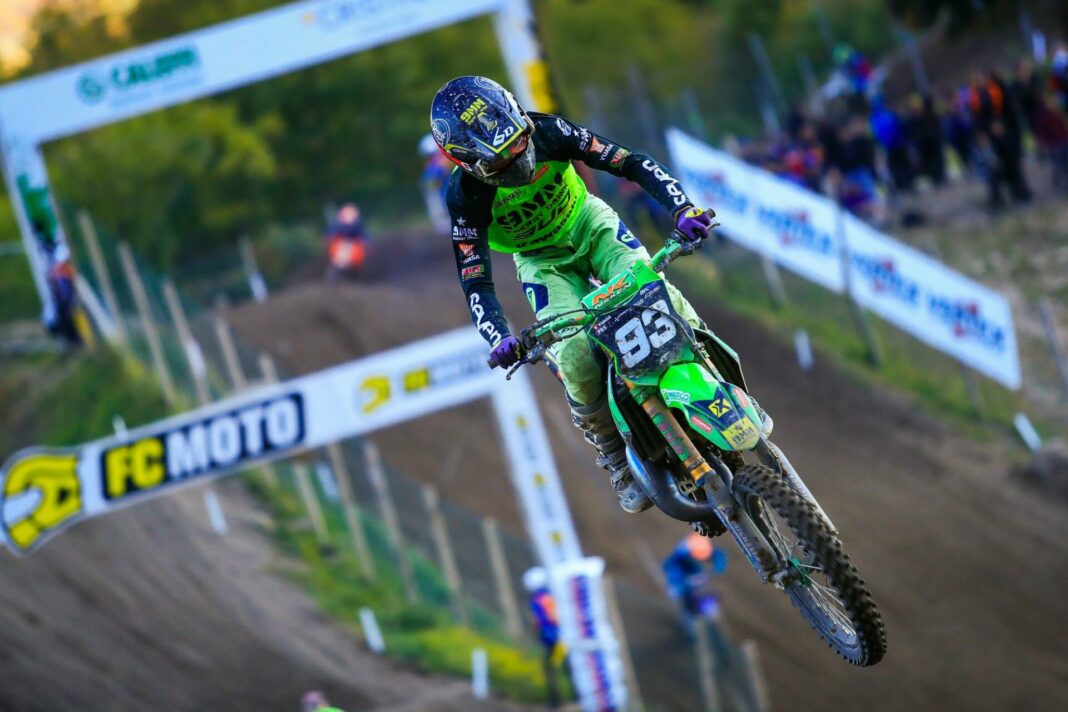 MRT KTM Rider and Championship leader Valerio Lata grabbed the Fox Holeshot for this tuesday’s EMX125 moto, ahead of Husqvarna rider Kas Valk, and Lucas Coenan. ASA United GasGas Bobby Bruce followed shortly behind in fourth position, just as Lata made a mistake which allowed Coenen to head up into the lead mid moto.

Bruce then made an impressive pass on Lata to move up into third place, and then also pushes into second position as he made the pass on Valk. It was chaos further through the moto as the top four riders chopped and changed between them both, as Lata moved up into second ahead of Bruce.

However Lucas Coenen went on to claim his first win of the season followed by Lata, and Van Erp rounding up the top three for the first EMX125 moto of the day.