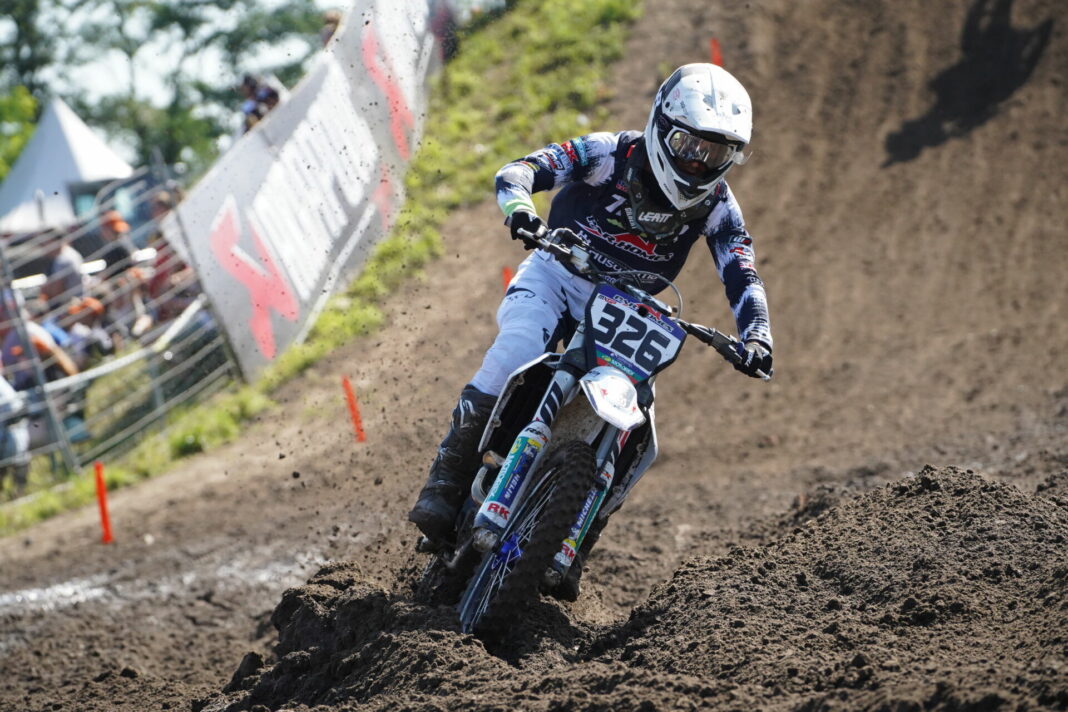 Par Homes Husqvarna team headed to Oss for round four of MXGP at the weekend but struggled for results.

The boys were back on the MXGP mesh last weekend in the dutch sand with a bit of a change to the usual MXGP track calendar,
Oss was the setting for another epic weekend of GP racing.

Unfortunately for the Par Homes Husqvarna team it did not get off the the best start. EMX250 young guns Callum Mitchell and Florian Miot showed speed early in the day, however due to an accident in their qualifying session both riders failed to make the big show.

Mitchell fell just outside the top 40, while Miot qualified but was docked positions due to jumping on waved yellows.

That left lone MX1 rider Josh Gilbert to turn the weekend around. Struggling with a super rough track and baking sun,
Josh struggled to find the pace he needed to be in the fight. Qualifying 28th he headed into the motos expecting a battle, however two DNFs meant that the day was not quite what they had hoped for.

All eyes now focus on Lommel with the potential return of Evgeny Bobryshev and some deep sand at the historic track in Belgium.