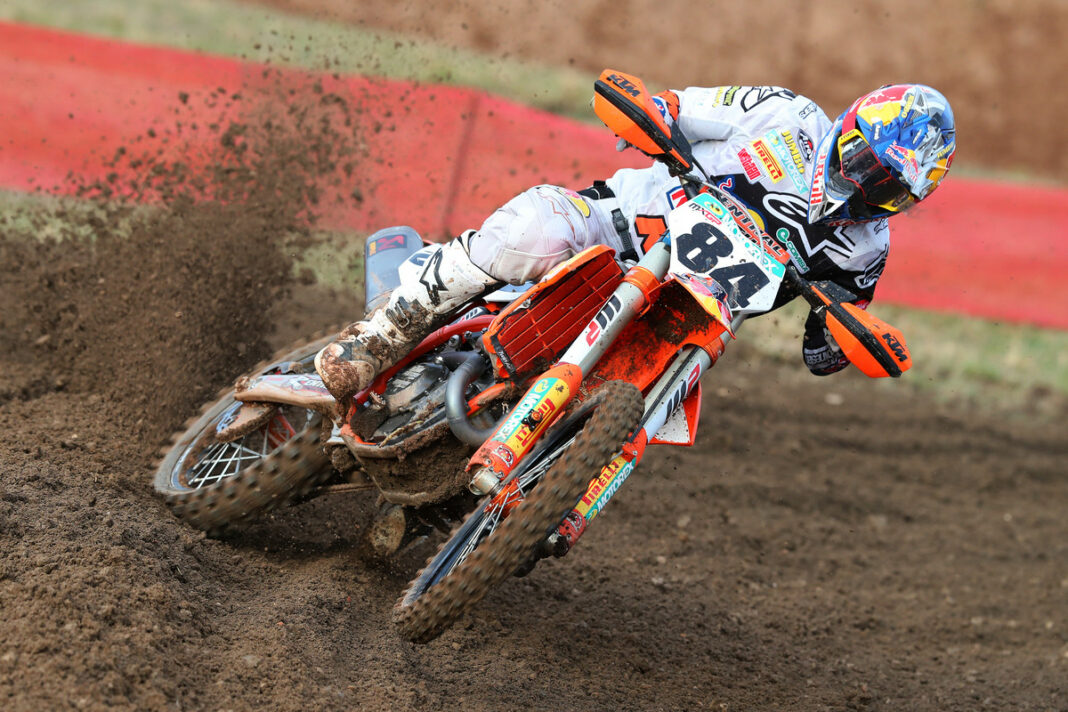 MXGP is set to be heading to Oss this weekend but new COVID-19 restrictions in place from last Friday mean the event could be cancelled.

Organiser Ebert Dollevoet will decide at the end of today whether the meeting in Oss can continue this weekend. Due to the tightened corona measures announced by the Dutch cabinet on Friday evening, the event is hanging by a thread.

The organisation of the race at De Witte Ruijsheuvel has been busy over the weekend to adjust the plans and to discuss them with promoter Infront. The biggest challenge is to be able to offer all visitors a seat, as is now required. “We have to sit. And of course that was not foreseen. I’ve never watched a motocross race where everyone is sitting,” said Dollevoet.

“Tribunes are not an option on the hilly circuit,” according to the director of Top Events. “Nevertheless, the Udenaar sees sufficient space for creating seats. But how much? For everyone who has already bought a ticket. I can’t say how many people that is. To our surprise, online ticket sales continued into the weekend.”

According to Dollevoet, it is not possible to comply with the one and a half metre measure. He thinks that will not be necessary, because every visitor must submit either a negative corona test or proof that he or she has been fully vaccinated. “Anyone who has not been vaccinated and wants to come for two days will now have to be tested twice, because a test certificate is only valid for 24 hours instead of 40 hours. That choice is up to the people themselves.”

According to the cabinet, multi-day events are not allowed to continue anyway. “But this is an event on Saturday and an event on Sunday,” says Dollevoet, who is now awaiting whether the authorities involved (such as the municipality and central government) approve the modified set-up.

“I could have thrown in the towel. It would have been easier to decide, we lock the gates and drive without an audience. But that’s not an option for me. Either we drive with the public or we do nothing. There’s nothing in between. And I decide, not the promoter Infront.”

If the MXGP cannot take place this weekend, Dollevoet sees no alternative options for later this year. “The agenda is already full. And it is only a short period that I think it is responsible with the weather in the Netherlands.”