Home Motocross MXGP MXGP Oss: ‘My goal is to have a good season’ – Boisrame 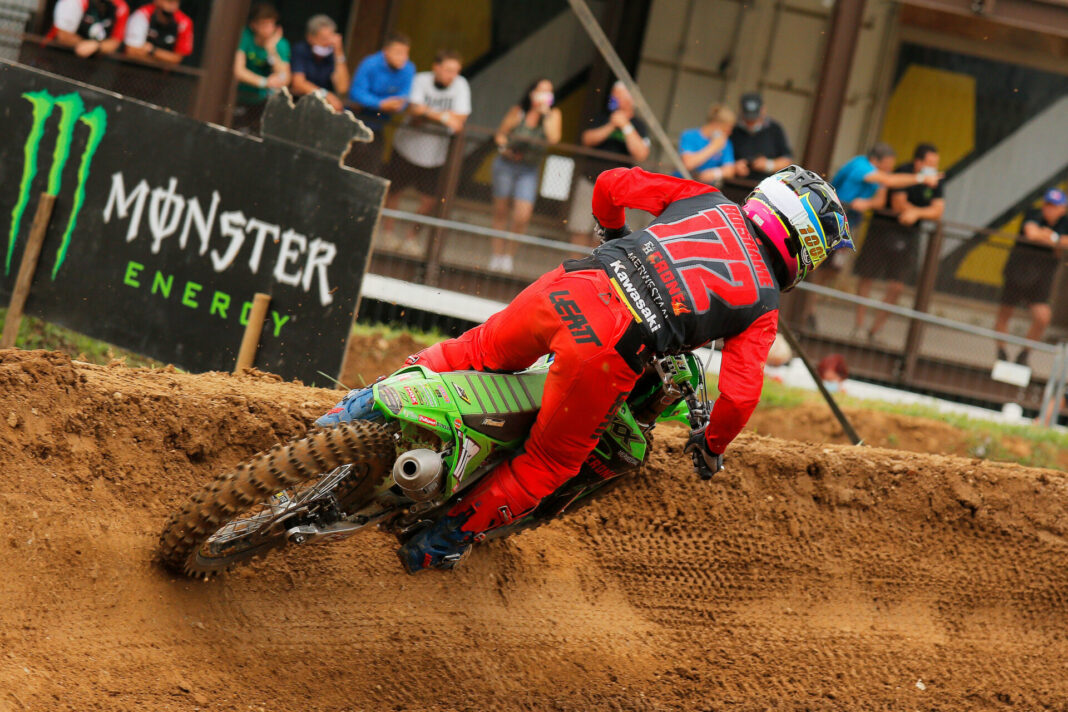 F&H Kawasaki rider Mathys Boisrame is right in the fight for the 2021 MX2 World Championship, as he sits just eight points off the red plate of series leader Mattia Guadagnini.

Speaking about his most recent results at the first few rounds of the season, Boisrame chats all about his last year riding in the MX2 class.

“For sure my goal is to have a good season,” Boisrame said. “It is my last year in MX2 and okay, I am fourth on the points, but it is only the third race. I just want to do my best and focus on that. We have many races, and it is a long season, and we see what it brings, but I don’t want to put pressure on myself, and I just give it my best.”

“Yes, that is my problem and already last year we had that, and I work a lot with Marc on that, because I am a little bit like that. I am a rider who pushes and in England when I moved into third and I was pushing really hard to get second and when I passed him, I lost my concentration and made a mistake. We keep working with Marc on that part of my racing.”

F&H Kawasaki team trainer Marc De Reuver works daily with Boisrame and knows that clearing up the small things will make the season much easier for his rider, and he also knows that Boisrame has the potential to lead the MX2 class and even go for the World title.

“Mathys still makes some silly mistakes,” said De Reuver. “But we are working on that, and we are making progress with it. After the second race, that red plate, I don’t care about the red plate, but if Mathys didn’t crash, he had the red plate (after England). Now, not that I focus on that red plate, but I am more disappointed that he left valuable points on the ground, and I talk to him about that. I am not angry with him, because it is still a learning process. He is getting better and better.”

After his worst GP of the year at Maggiora, he now heads into the Grand Prix of the Netherlands, on a sand track and we will see how the hard track specialist performs. No doubt, with De Reuver (who was one of the best sand riders of his era) as his trainer, you can be sure he has taken to sand like a duck takes to water.

“At Maggiora, I had a good gate-pick after fourth in qualifying and I was in a good position in the first corner of race one, but I lost some places at the second corner. I tensed up, suffered a little arm pump and couldn’t ride as I usually do so it was a tough race. I missed a good start in race two, but my rhythm was better as we had changed some suspension settings between the races, and I was able to come back behind Roan. it was a good race on a rough track; not an easy track but I like that. I just woke up too late! But I’m fourth in the standings and feel confident, we’ll continue to work to prepare for the next GP in Oss.”