Home Motocross MXGP MXGP Oss: ‘I knew it would be difficult to take victory’ –... 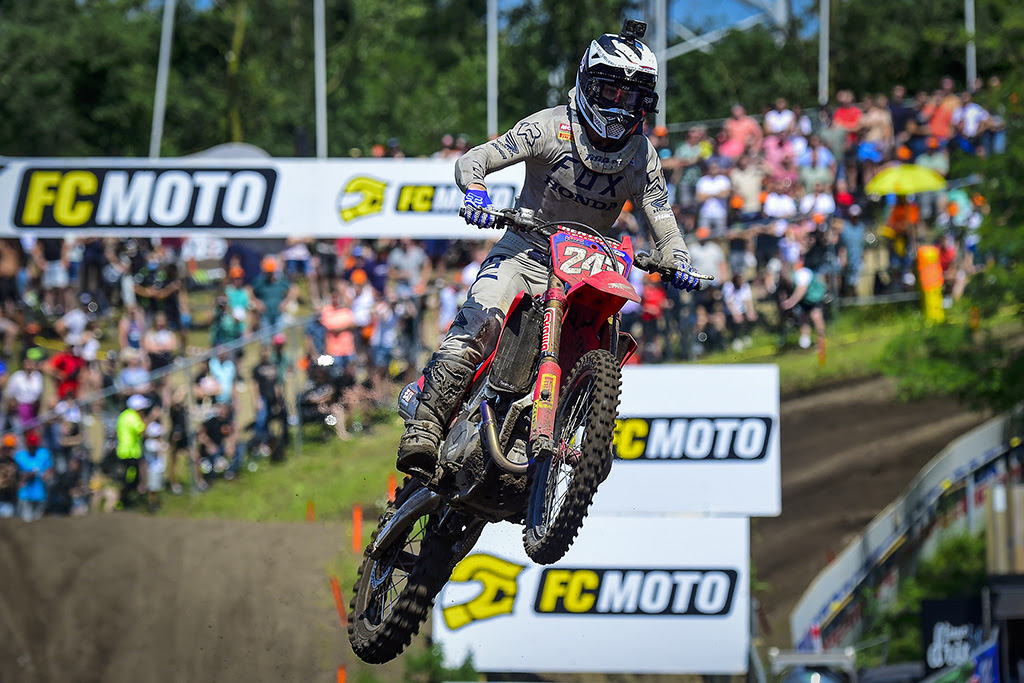 HRC Honda’s Tim Gajser shot to first overall in this Sunday’s MXGP at Oss, for round four of the FIM World Motocross Championship.

Grabbing a 3 – 2 scorecard for the day, the HRC rider managed to come out on top despite just getting pipped for the moto two race win by Red Bull KTM Antonio Cairoli on the last few corners. Gajser still continues to lead the championship heading into round five next weekend.

“Overall, I am happy with the day,’ said Gajser.

“Coming into the event I knew it would be difficult to take the victory as it was a new track for me and there are a lot of good sand riders, but I tried to ride smoothly, not taking too many risks and it paid off.”

“Of course, I would have liked to have finished off with a win in the second moto but increasing my championship lead and getting on the top step of the podium was a good finish to the day.”

“I know I still need to keep working hard though and I will make sure I’m ready for the hard-pack of Loket next weekend where hopefully there will be a lot of Slovenian fans who can cheer me on.”