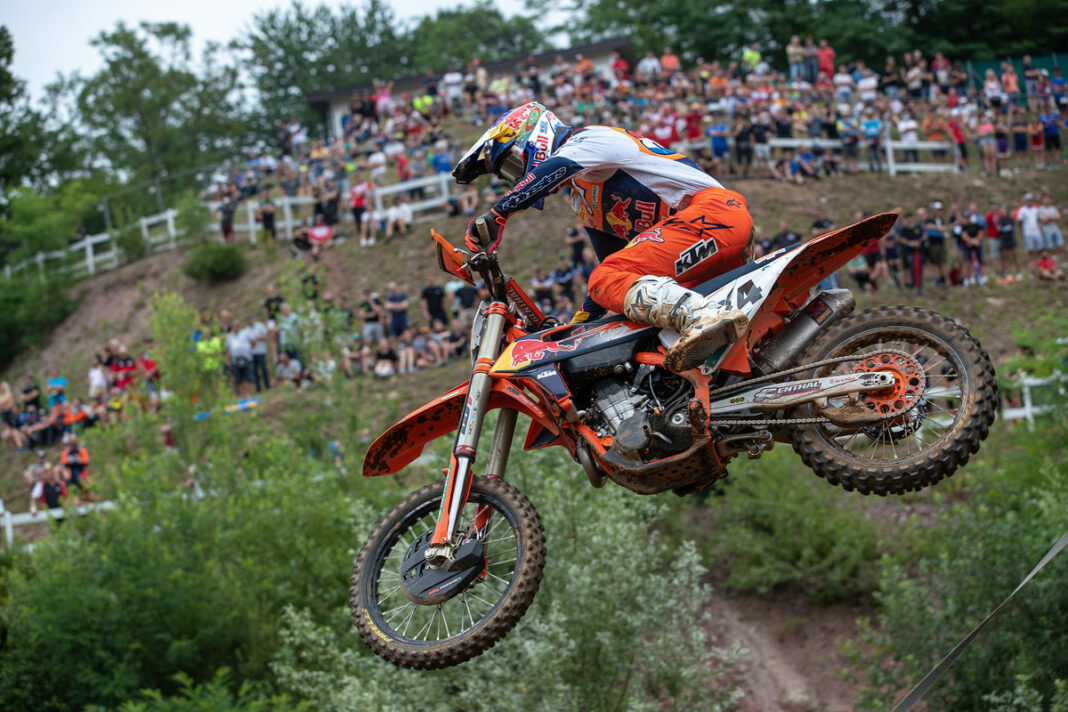 Red Bull KTM’s Jeffrey Herlings claimed the first MXGP moto of the day at Oss after getting landed on by Ivo Monticelli on the first lap of the race.

Monster Yamaha rider Glenn Coldenhoff took an early lead followed by works Kawasaki rider Romain Febvre in the opening couple of laps in the first MXGP moto of the day as his team mate Monticelli had a huge off on the first few corners landing on the back of Herlings.

Somehow Herlings managed to stay on, he seemed to have a sore arm for the remainder of the moto shaking it out going past pit lane.

HRC Honda’s and current MXGP series leader Tim Gajser sat in third for the first half of the moto until he made the pass on febvre, as they continued to scrap it out until Herlings gets on the charge and pushed up into third place, and then somehow closed the gap on the race leader to take the lead and checked out with the race win with 3 laps to go.

Febvre then made a mistake washing his bike out in the corner, which dropped him out the top three and allowed Gajser to take third position.

Great ride for Monster Energy Yamaha rider Ben Watson with a ninth, with the second brit home being Shaun Simpson with a sixteenth, Nathan Watson with a 24, Adam Sterry with a 26, and Josh Gilbert with a 31 after a problem on lap seven of the moto.