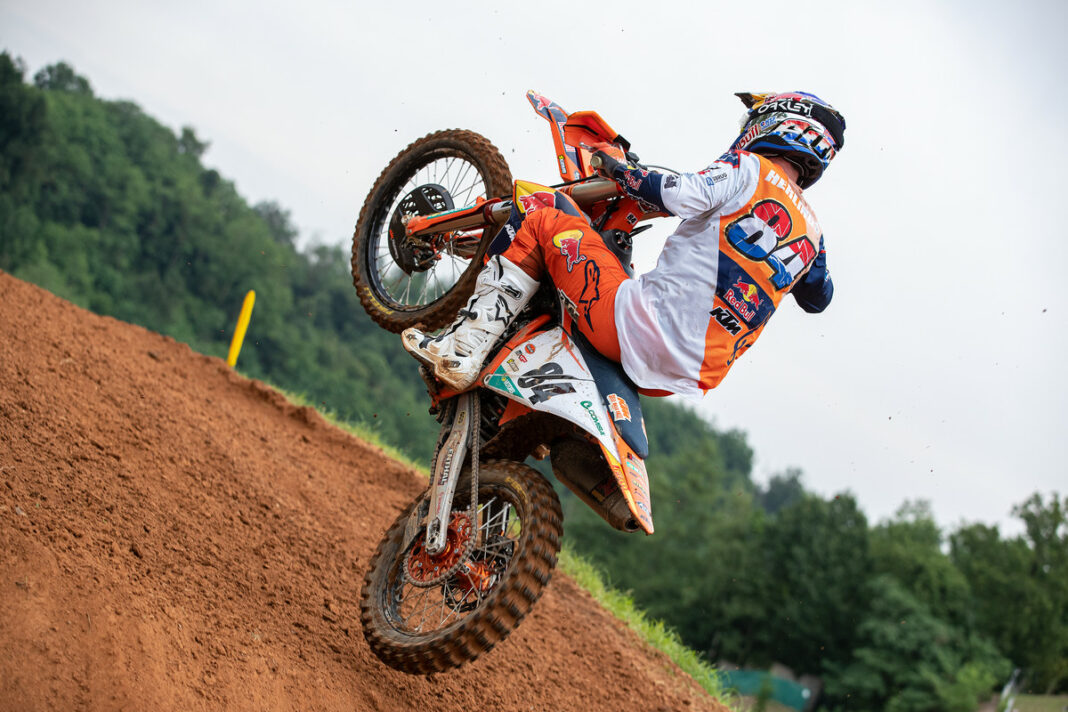 Red Bull KTM’s Jeffrey Herlings has suffered a broken shoulder after getting landed on by Kawasaki rider Ivo Monticelli during the first lap at MXGP Oss.

Amazingly, Herlings managed to stay on his bike and continue to take a storming race win, despite suffering a broken shoulder it has now been revealed.

Herlings said: “I got no words for this. I played it so smart this year, I took zero risk and did everything according to plan this season.

“I was almost in the championship lead and then this. As you can see on the uphill the starting device didn’t pop out yet, so I lost a bit balance because of it, but what the hell was he thinking?

“I can’t believe I still won the moto with a broken shoulder blade. The pain was unreal, I had tears in my eyes the whole moto from the pain.

“I’m so sorry for my great team, KTM factory racing I am so gutted. The bike was once again a rocket. Tomorrow we’ll check further how bad the damage is and when we will be able to return to racing.”

You can watch the incident below:

MXGP Spain: ‘I found that Intensity that I needed’ – Jonass

MXGP Spain: ‘I don’t know what happened after the gate dropped’ – Herlings