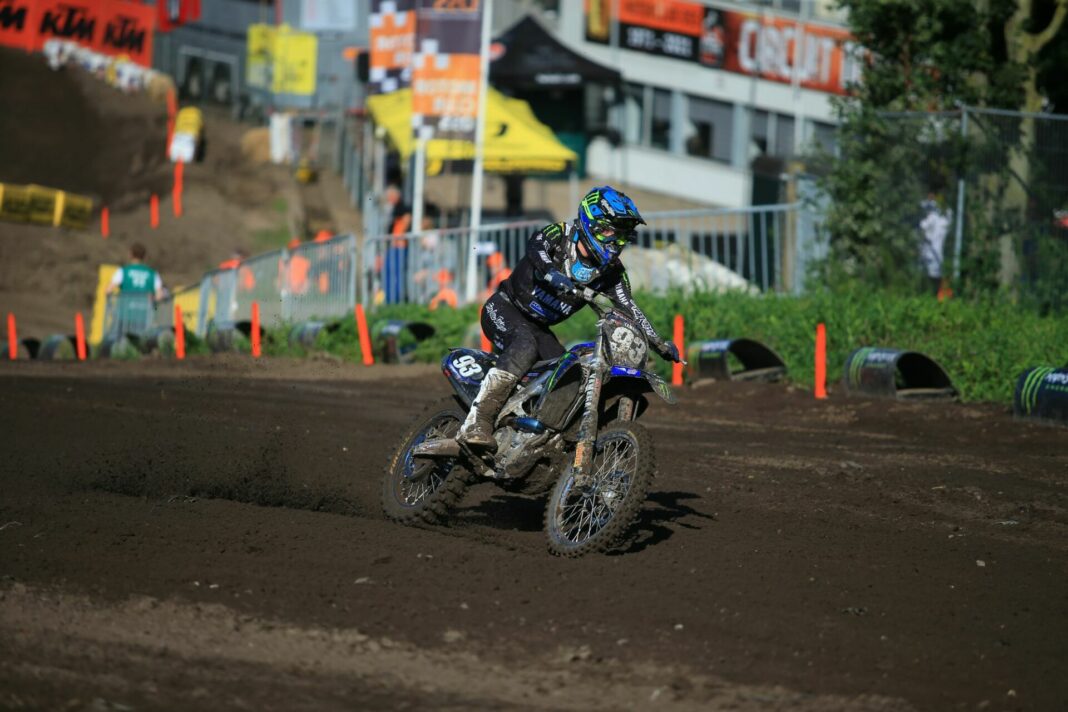 MX2 Championship leader Mattia Guadagnini went down on the first corner of the moto, which dropped him down to seventeenth, but he managed to work his way back to

Pole Position man Rockstar Energy Husqvarna rider Kay de wolf sat down in eighth position in the opening part of the moto, but made a mistake coming together with Benistant and ultimately made his way through the pack to finish in fifth.

Geerts then made the pass on the race leader as Langenfelder make a mistake and went down allowing Red Bull KTM’s Rene Hoffer to fly through to second, until Roan Van De Moosdijk and Jed Beaton pushed through the pack to battle for second and third. Meanwhile further down the pack Ruben Fernandez had a big off in the waves section but managed to re join the moto.

Bike IT MTX Kawasaki rider Wilson Todd had an unreal ride for the opening moto of the day in Oss, finishing in sixth, as brit riders Conrad Mewse brought it home in nineteenth followed by Ashton Dickinson in 23, Adam Collins in 29, and Joel Rizzi in 30, with Taylor Hammal collecting another DNF across the weekend.