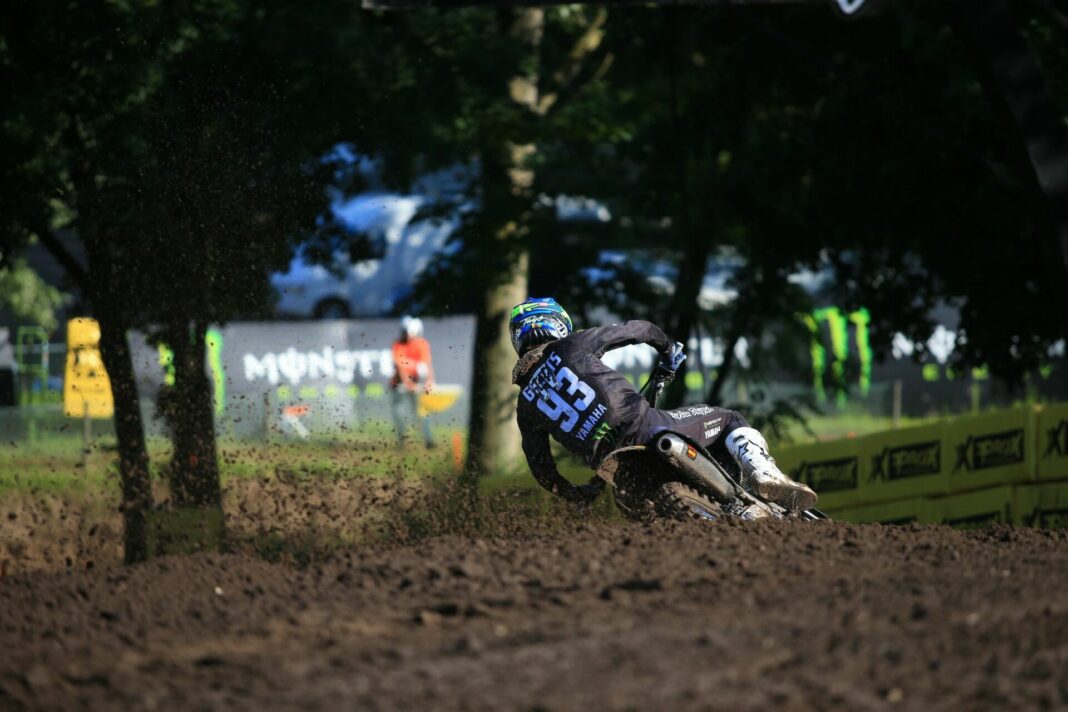 Monster Yamaha rider Jago Geerts is back to his usual self in Oss this weekend for round four of the MXGP Championship, with a first overall in the MX2 class.

Geerts flew through to holeshot in the second MX2 moto, followed by pole position man Kay De Wolf as he made a huge pass up the inside of the Yamaha rider to take an early race lead.

De Wolf made a little mistake washing out on one of the corners, which dropped him back to second allowing Jago Geerts to fly back into the lead in the first half of the moto. Bike IT MTX Kawasaki rider Wilson Todd not having so much in the second moto, dropping it the same as De Wolf and dropped out of the top ten.

Meanwhile further down the pack current championship leader Mattia Guadagnini had a battle with Ruben Fernandez, for fifth and sixth position, with Mattia eventually moving through to fifth.

Heading into the last lap of the final MX2 moto of the day, we saw De wolf all over the back of Geerts trying to make the pass to claim the win, but just couldn’t make it stick as geerts takes the second win of the day followed by De Wolf and team mate Jed Beaton.

Brit riders Conrad Mewse had a great finish in the second MX2 moto with a thirteenth, followed by his team mate Ashton Dickinson in eighteenth. Joel Rizzi sits down in twentyfirst and Adam Collings came home in twenty fourth.