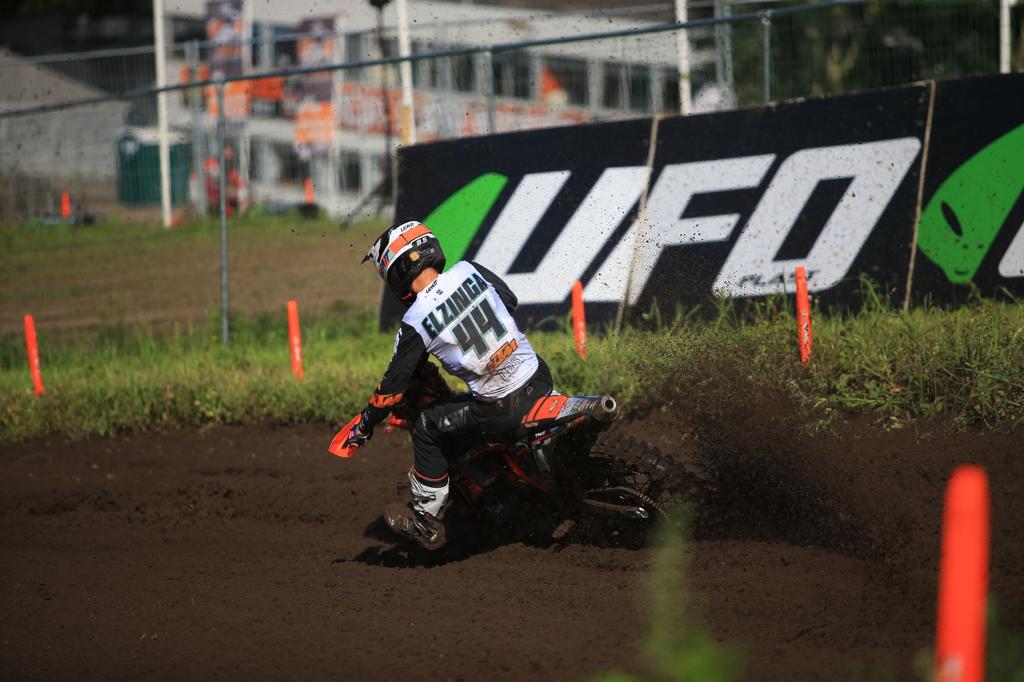 Jorgan Matthias Talviku made a huge mistake on the opening lap of the second EMX250 moto of the day, allowing the young KTM rider Liam Everts to take an early race lead.

Everts and Braceras scrapped it out for first and second position as championship leader Nicolas Lapucci sits down in sixth for first half of the moto, just as Rick Elzinga charges through mid pack to make the pass on second place man Dave Kooiker followed by Andrea Bonacorsi, as race one winner Nicolas Lapucci starts the charge on the top three as he made the pass on Bonacorsi on the start straight to move into third position.

Elzinga started to close the gap on Evert as he makes a mistake in the waves section on the last lap, which put Elzinga right on the tail of Everts, as Elzinga made the pass with Lapucci sitting in third, this meant Elzinga flew through to take the race win and the overall for the weekend.