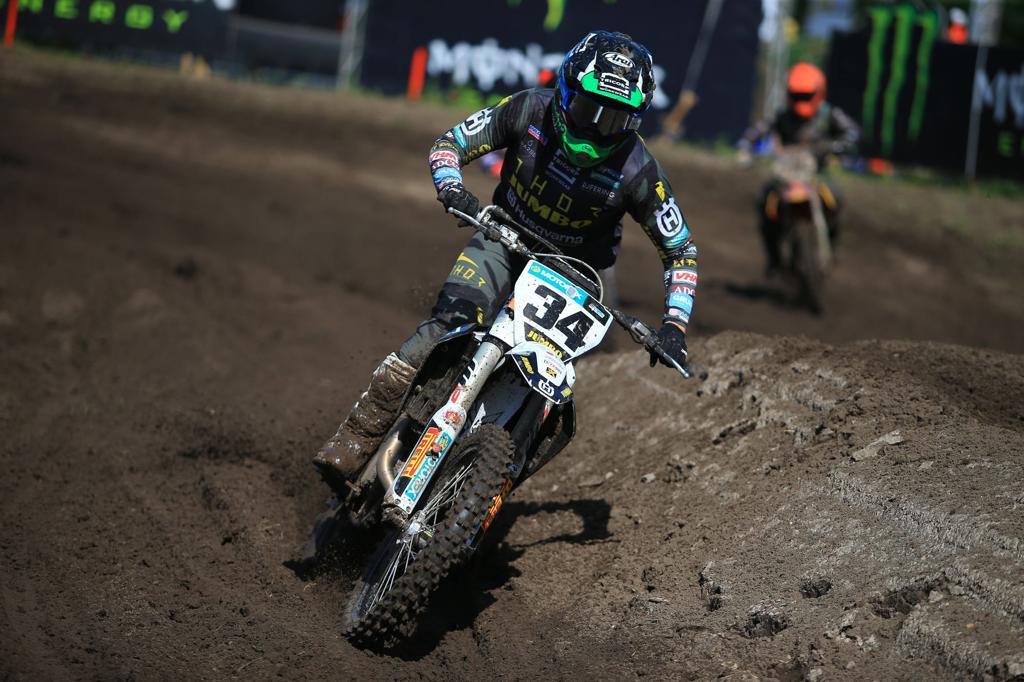 Micha boy De Waal sends the holeshot for the first EMX Moto of the day in Oss, as he grabbed an early race lead. Meanwhile Ken De Dycker sat in fourth position and then pushed to make the move up into third and then into second past DerCourt.

As De Dycker then started to suffer with arm pump this left the door wide open for DerCourt to put the pressure on Ken to make the pass, which he did with ten minutes of the moto left to go.

Krosteam lunardi racing Davide de Bortoli and Joel van Mechelen had a great battle between them for fourth and fifth position with three laps to go, ultimately with Van Mechelen shooting through to finish up in fourth.