Tim Gajser (Team HRC) made it a hat-trick of MXGP crowns with a champion’s performance in the opening moto of today’s MXGP of Pietramurata.
Jeremy Seewer (Monster Energy Yamaha) won the race but it was the defending champion who took his total title tally up to four with a second-placed finish as main challenger Tony Cairoli (Red Bull KTM) came home sixth following a mid-race fall.
Cairoli, who was looking for a record-equalling 10th title this season, needed to finish ahead of Gajser to keep his slim championship hopes alive and his crash on lap nine while running second behind Seewer meant it was game over for the veteran Italian.
Gajser started steadily and advanced from seventh after the opening lap to third when Cairoli fell, then picked off Alessandro Lupino (Gebben Van Venrooy Yamaha) for second. Even with a rapidly failing clutch, Gajser was pushing hard and looked to be intent on signing off with a moto victory but then, with the title in the bag, dropped his pace in the final few laps.
“I don’t know what to say, my third world [MXGP] title,” said Gajser. “I’m so happy and so thankful and I want to say a huge thank you to everyone. My team, my sponsors and all my fans who were supposed to be here today. It’s just unbelievable and I’m so happy.”
A moto winner last time out, Belgian Clement Desalle (Monster Energy Kawasaki) kept his run of form going in fourth ahead of his team-mate and former champ Romain Febvre with Cairoli’s sixth-placed finish allowing Seewer to close to just eight points with three races remaining.
Adam Sterry (Hitachi KTM fuelled by Milwaukee) posted his best finish of the season in 11th to lead home British interests with REVO-supported Kiwi Dylan Walsh (JM Honda Racing) in 16th, two places ahead of Russia’s Evgeny Bobryshev (PAR Homes RFX Husqvarna). 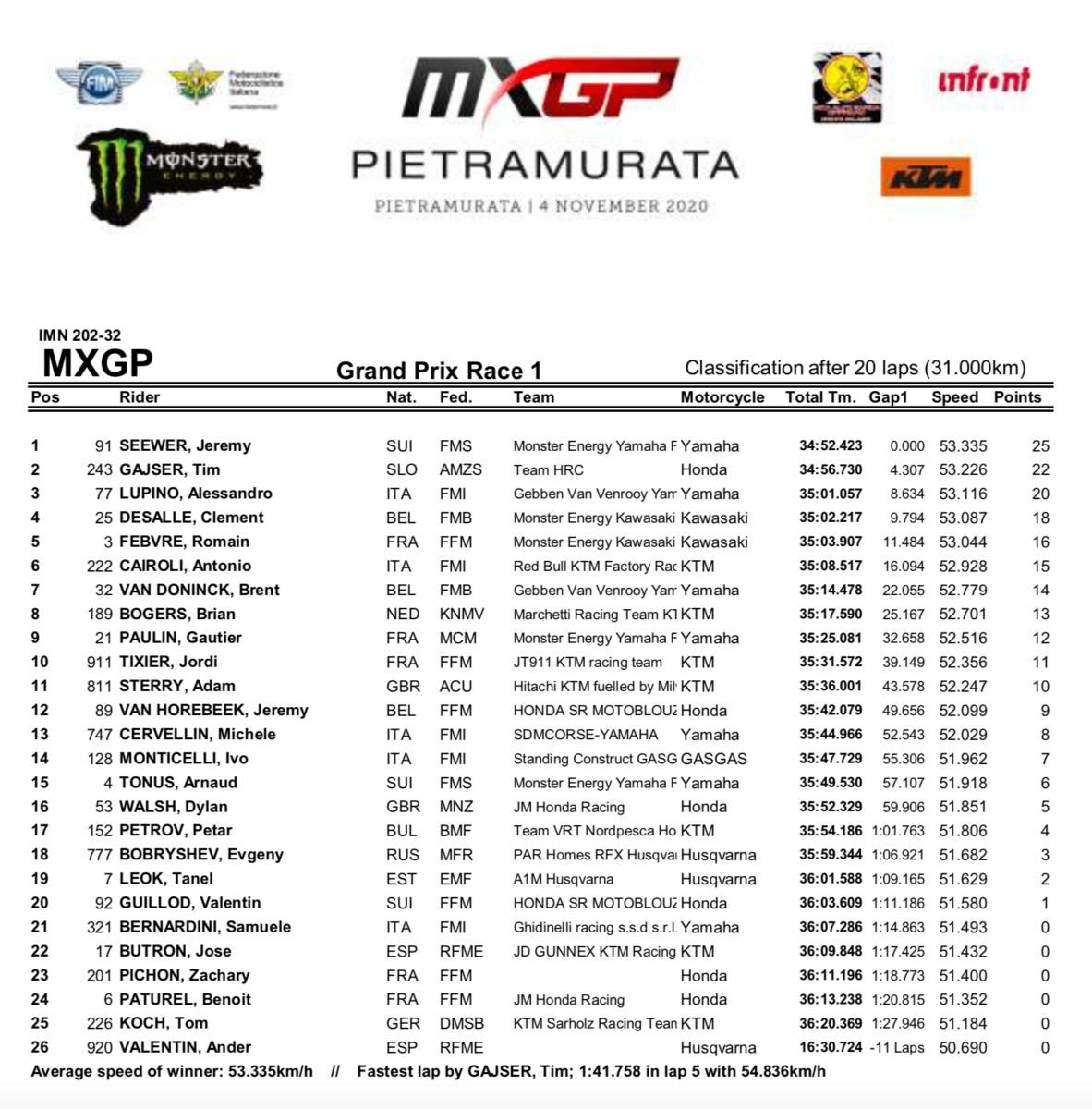