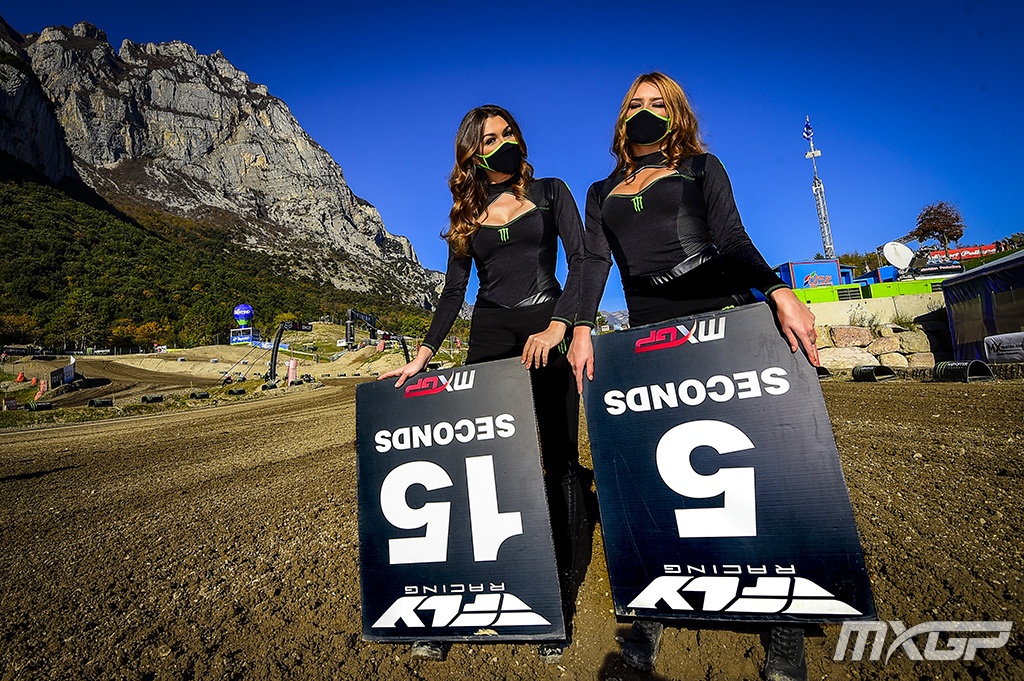 Pole-setter Romain Febvre (Monster Energy Kawasaki) caught and passed MXGP world champion Tim Gajser (Team HRC) to win the opening MXGP moto of today’s 18th and final round of the 2020 FIM Motocross World Championship – the MXGP of Garda Trentino.
Ivo Monticelli (Standing Construct GASGAS) holeshot the 30-minute plus two lap race and led for the first two laps before Gajser swept past with Febvre and Gautier Paulin (Monster Energy Yamaha) quickly following the Slovenian through.
Gajser ran at the front for another three laps before Febvre made a move and the Frenchman – MXGP world champion in 2015 – stayed there, resisting intense pressure from Gajser in the closing laps until back-markers came into play and allowed him to pull almost two seconds clear for his 30th career race victory.
“I felt good,” said Febvre. “I made the pass on Tim – I think he let me pass to the front to check my lines but he could not pass me again. I’m really pleased to win a moto like this and now I go for the overall.”
Jeremy Seewer (Monster Energy Yamaha) pulled one point clear of Tony Cairoli (Red Bull KTM) in the fight for second in the championship with third after passing team-mate Arnaud Tonus at half-distance and the Swiss rider was pushed back to fifth by his other team-mate Gautier Paulin.
Cairoli ended the opening lap in seventh and could only improve by one position.
Evgeny Bobryshev (PAR Homes RFX Husqvarna) equalled his best moto finish of the season with ninth, three places ahead of Adam Sterry (Hitachi KTM fuelled by Milwaukee). REVO-supported Dylan Walsh (JM Honda Racing) ran as high as 12th before crossing the line in 19th. 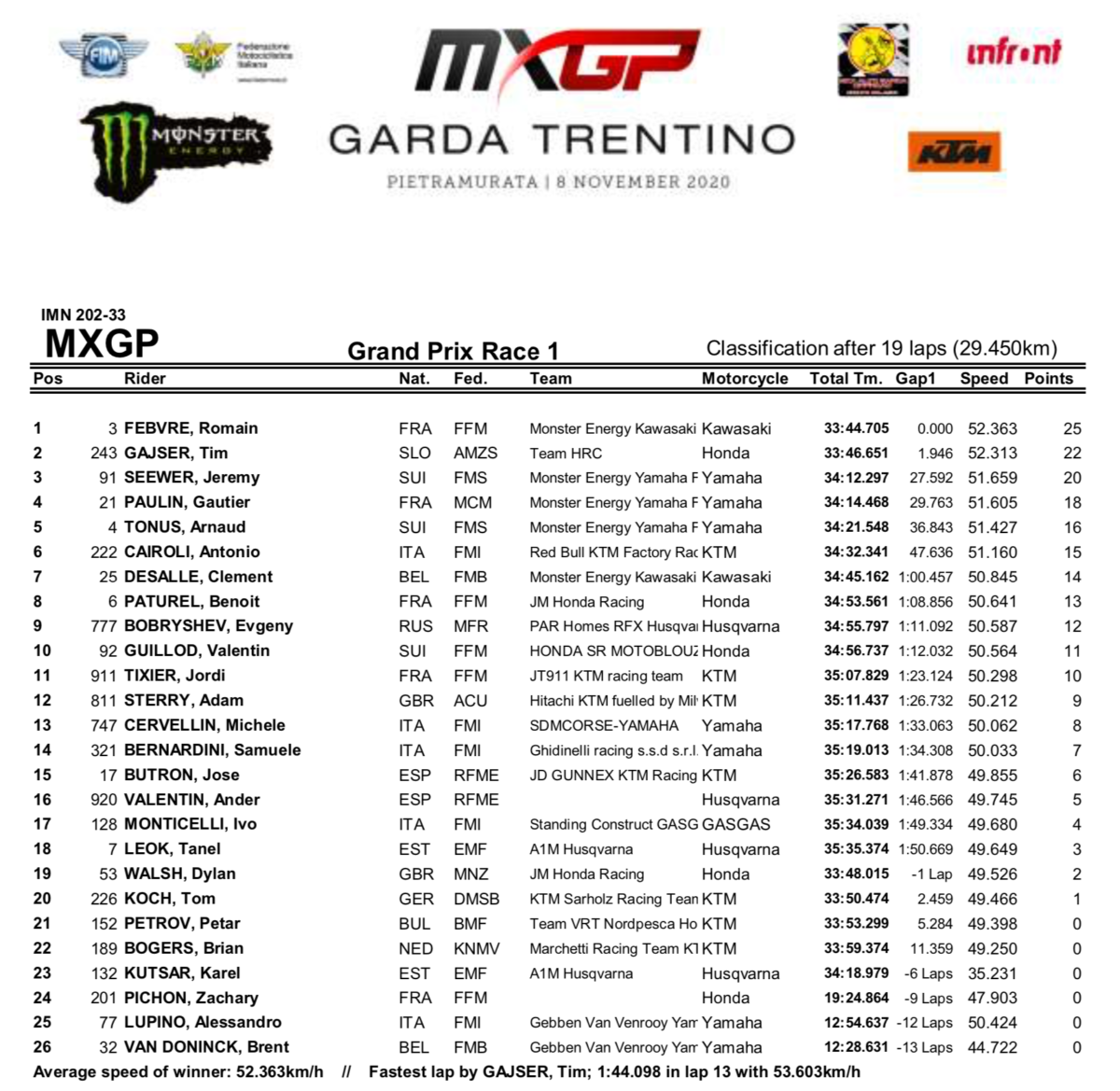