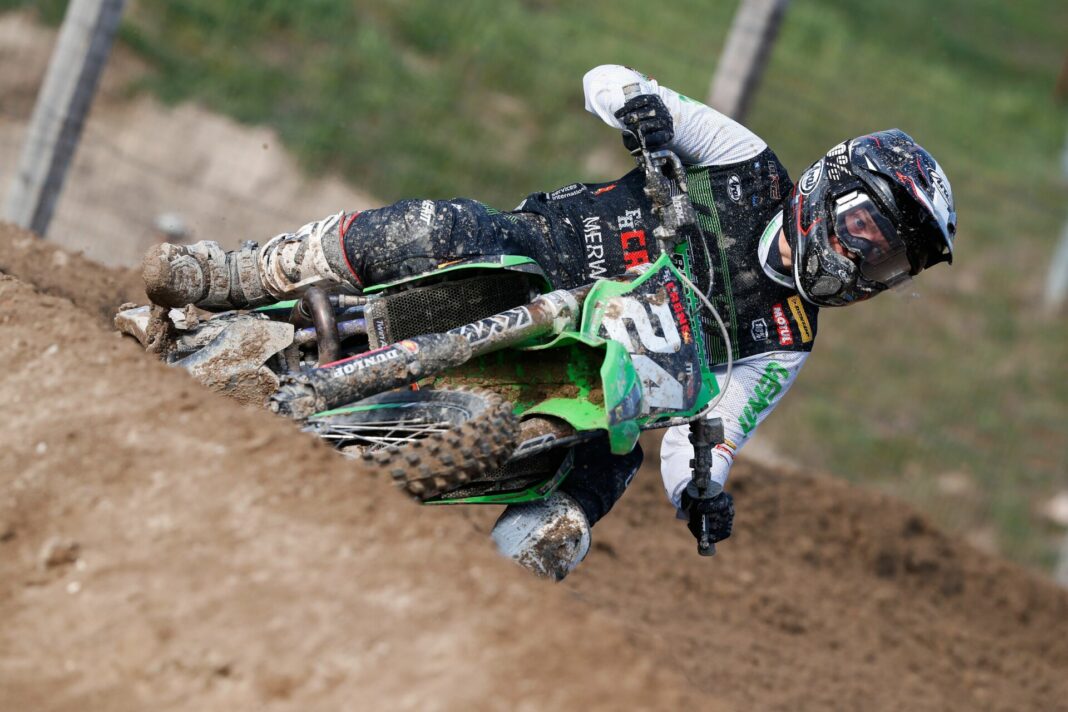 F&H Kawasaki Racing Team’s Kevin Horgmo had his best-ever ride in Qualifying to take the chequered flag third only to be debited five places after a post-race noise check revealed damage to the exhaust from an incident during the hectic early stages of the race.

“It was another good start and and I was really happy to ride a strong consistent race to get third but we had a problem with the pipe so I was penalised.” said Horgmo. “It’s only Qualifying but I was riding solid and I feel good for tomorrow. I still have a decent start spot in eighth; I got a good start today from sixth so it shouldn’t be a problem.”

Big Van World MTX Kawasaki’s Mikkel Haarup will go the start of both MX2 GP motos next to the Norwegian after finishing ninth in the Qualifying race; the Dane had also started strongly to hold down fifth place at the completion of the opening lap but he spun out in a turn on the unusually slick surface on lap two to lose four places.