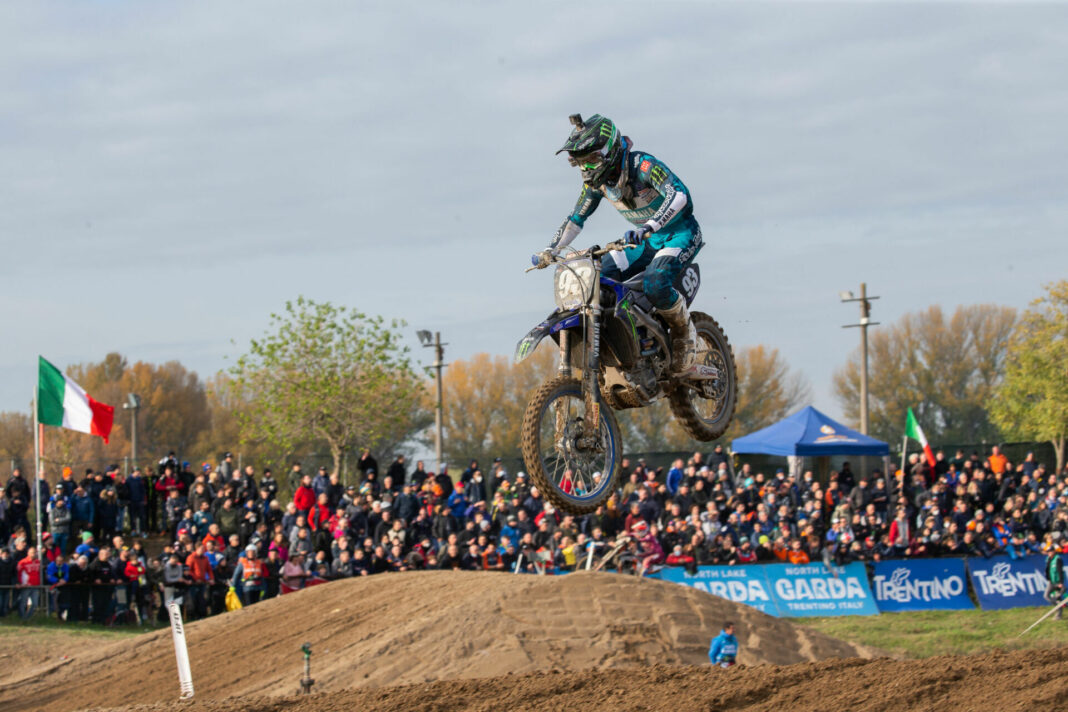 Monster Energy Yamaha Jago Geerts claimed the overall MX2 result at round two of the FIM World Championship in Mantova this weekend.

Red Bull KTM Factory rider Tom Vialle lead for the opening few laps of the second MX2 Moto of the day in Mantova, before heading over the bars during a huge crash, but managed to remount leaving him dead last, as SM Action Racing team’s Andrea Adamo moved into the lead.

Neestan Factory Husqvarna’s Kay De Wolf then started to charge the pack moving up into third, and then tried to close the gap on moto one winner Monster Energy Yamaha Jago Geerts. Hitachi KTM’s newest recruit Isak Gifting also sat behind the top three in fourth position for the majority of the race, but finished up in

Geerts then made the pass on Adamo moving up into the lead of the second race, as De Wolf puts the pressure on Adamo in second place and made the pass. F&H Kawasaki Kevin Horgmo and Red Bull Factory racing GasGas Mattia Guadagnini battle it out further down the field for eighth and ninth place, as Kay De Wolf and Langenfelder came together battling for third position and cleaned each other out.

Geerts went on to claim the overall win, and his double double win since Oss last season.