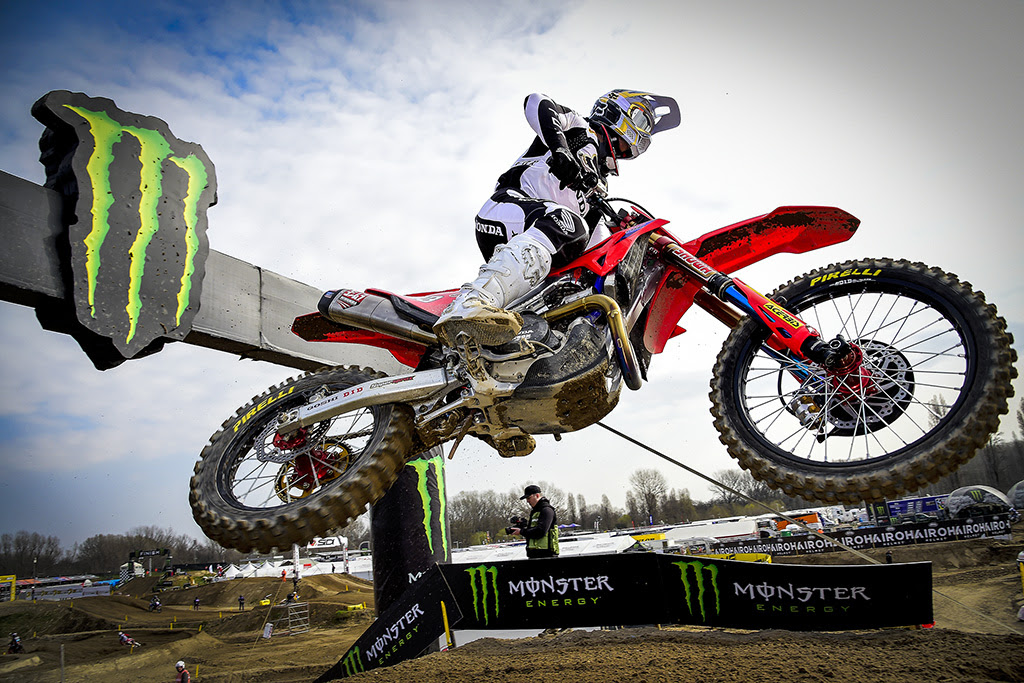 HRC Honda’s Tim Gajser shot to overall result victory today in Mantova, for the MXGP of Lombardia, and the second round of the championship series.

Seewer makes a mistake and crashes out the lead, allowing Gajser to fly though and into the lead which is where he stayed for the remainder of the moto. Maxime Renaux however went on to finish in third overall with his first MXGP podium of the season. Red Bull KTM’s Jorge Prado also shot to second overall victory this weekend with a second overall finish with a one – seven scorecard.