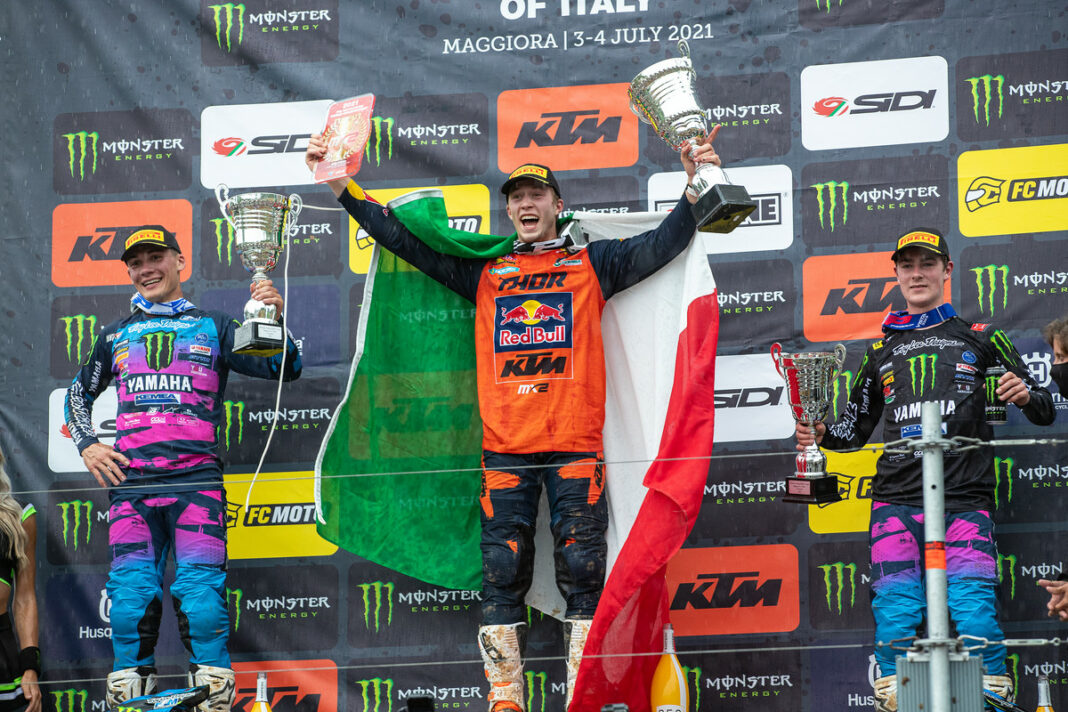 Red Bull KTM Factory Racing Mattia Guadagnini secured his first overall GP victory and did so on home soil, in front of his home crowd in Maggiora.

Grabbing a solid second place finish in MX2 race one of the day in Italy, Mattia continued to shine as he shot out the gate and finished a confident first place finish giving him the overall winning result for the day.

“It’s crazy, I don’t even know what to say, It’s too good,’ said Mattia in the post race press conference.

“The day started pretty good, I had sixth in time practice and took a good start for race one. Then I was second and didn’t want to take any risks, I was behind Thibault Benistant in second and just tried to keep calm, maybe tried to pass him in the last part of the race, but then he was also fast, so I was just happy with the second place.”

“Then in the second race I had a good start, I was second and pushed in the first lap to take the lead and then just had fun and was feeling good, so I could take a good gap and relax at the last few laps and enjoy it. It’s amazing for me, my first GP win in Italy and also taking the red plate, I didn’t know, it was a surprise, but I just don’t want to think about it, I just want to try my best every race and then let’s see.”

“I’m pretty good also in the sand, so we will try to get some good training and be ready for some sand races in Oss.”