Home Motocross MXGP MXGP Maggiora: ‘I was really comfortable on the track’ – Coldenhoff 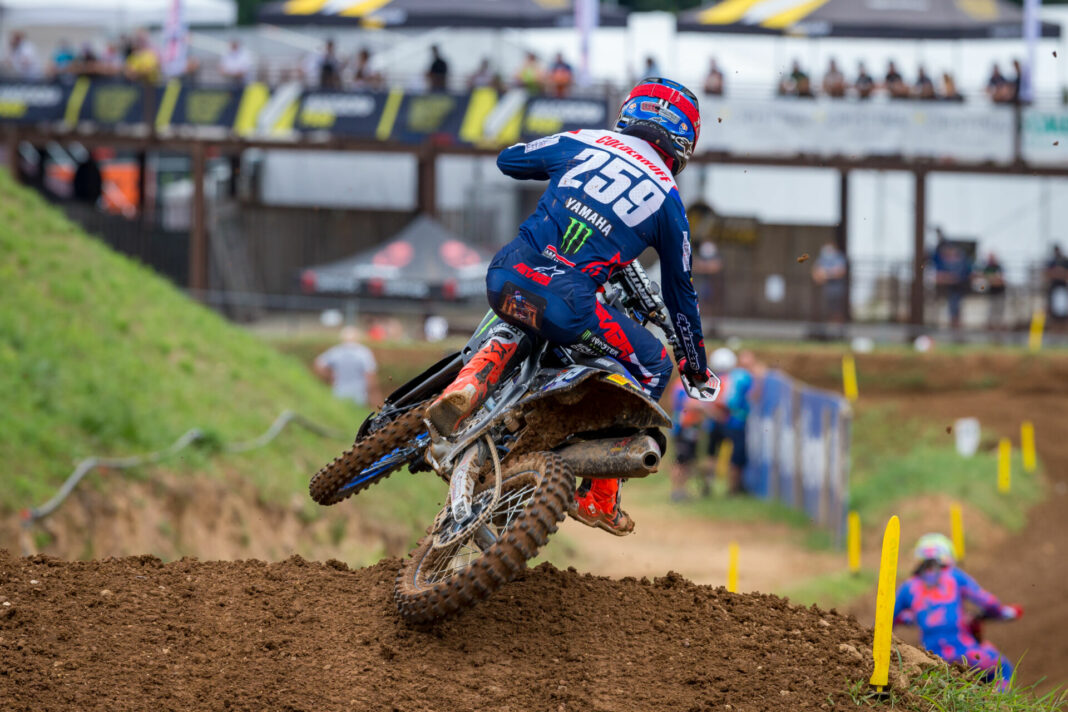 Monster Energy Yamaha Factory rider Glenn Coldenhoff secured a spot on the second step of the podium today in Maggiora Italy, at the third round of the FIM World Motocross championship.

The Dutchman finished on the same points as the overall winner Jeffrey Herlings, but due to his results in the second moto he was moved down a step. Coldenhoff proved his place at the front of the field as he challenged Cairoli in the first moto for a place inside the top three, holding off current championship leader Tim Gajser to finish fourth.

“Straight from the first lap here in Maggiora, I felt really good,” Said Coldenhoff. “I was really comfortable on the track. First moto I started behind Tony. I was a bit faster but the track felt really one lined, which was difficult to pass, but in the end I spent quite some energy, but still finished fourth.”

“In the second moto I took the holeshot, which was really good. The team has been working so hard and I am very thankful for that. I really owe this one to them. I am really happy to be back on the podium, it’s a really good confidence booster going into Oss in two weeks time and i’m really looking forward to my home GP.”