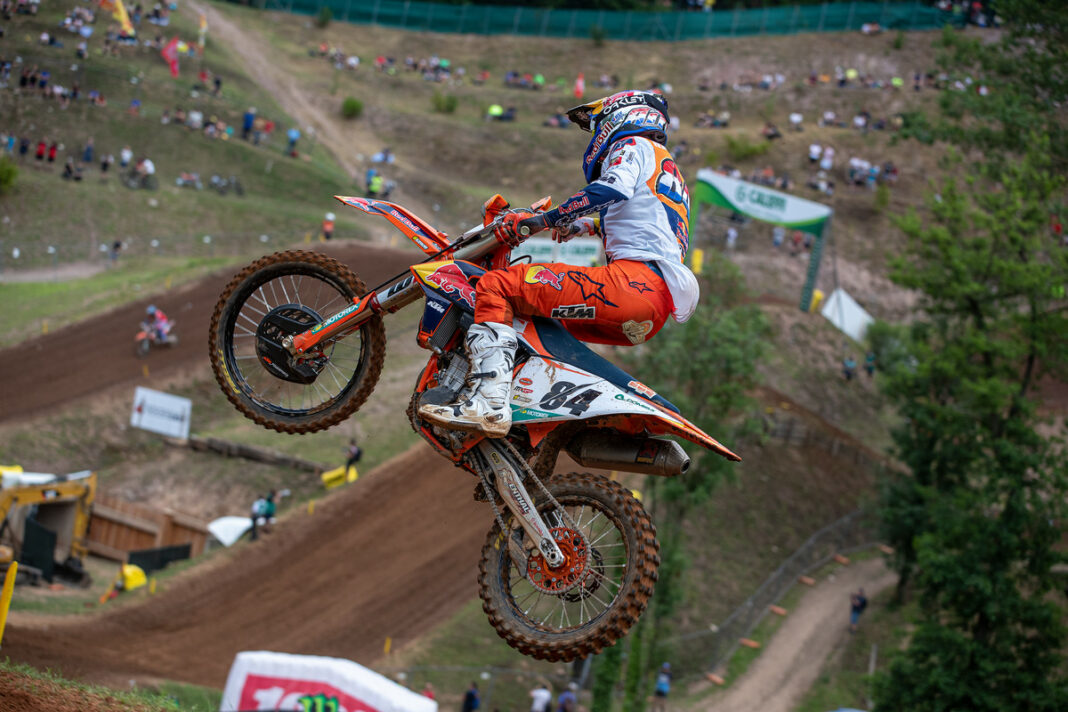 Red Bull KTM Jeffrey Herlings found his flow yesterday in Maggiora, grabbing the MXGP Overall win for round three of the championship.

After grabbing a six – one scorecard with the tricky conditions after the rain came down just before the second moto, Herlings explained goggle tactics below.

“After the first race I was seventh or sixth behind Tim and got a stone between my rear brake, at one point I didn’t know what it was so I had to stop,’ said Jeffrey.

“I lost many places and about 20 seconds I think and then I had to come back to sixth. I had to make a really late race charge. Before the second race, I was really bummed and wanted to go for the win. Then just before I gave up it was pouring down rain and came a bit unexpected, so I had to make a last-minute decision regarding the tyre, goggle and whatsoever.”

“Second race I came off really good, I was in third, raced to second then I wanted to save my goggle because in a mud race goggles are pretty important. So I always had a gap to Glenn, once I got into the lapped riders, I tried to attack and managed to pass Glenn, I was already counting and then I was like I will have the advantage for the overall and with a few laps to go I was going to win the overall.”

“I look at every race individually and try to be the best I can every single weekend. I want to thank the Red Bull KTM Factory Racing team, they did a great job. The bike was good and especially in the second race with all the mud.”