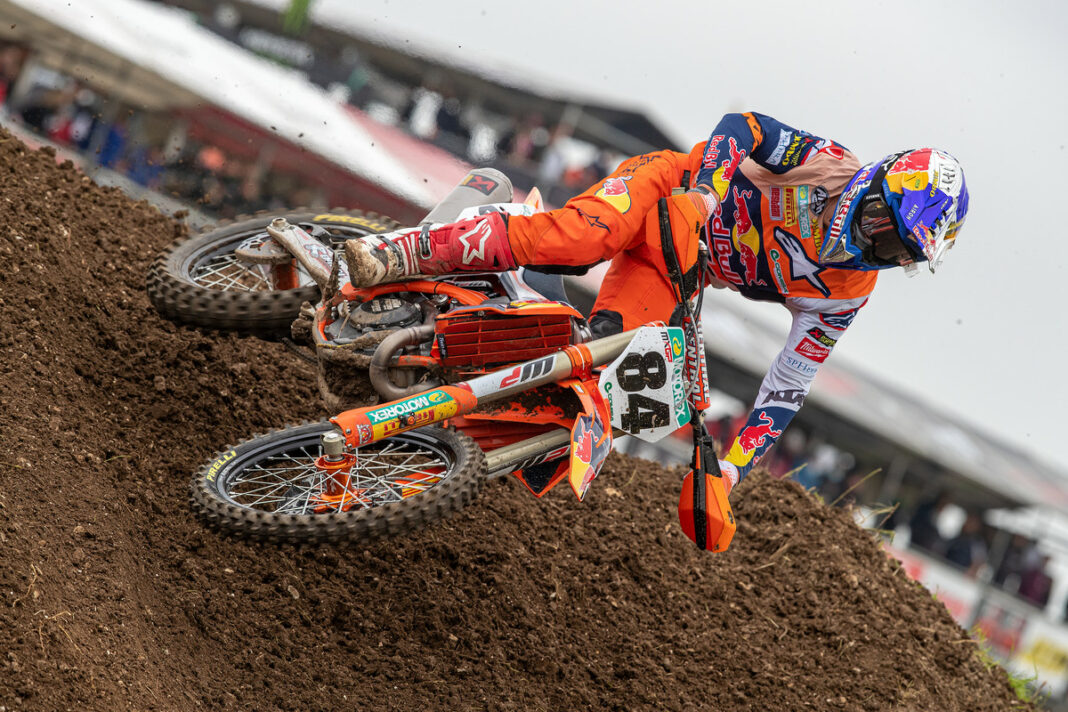 Changing weather conditions for the second MXGP moto of the day in Italy, as a Thunderstorm came down over the Maggiora circuit making it very tricky up and down the hills.

Monster Energy Yamaha Glenn Coldenhoff shot out the gate for a moto two holeshot followed shortly by Red Bull rider Jeffrey Herlings in the opening laps, as race one winner Romain Febvre struggled with the start and the muddier conditions making a few mistakes with feet slipping off the pegs. JM Honda racings Henri Jacobi had a great ride in the top five, almost fending off Cairoli.

A few riders seemed to struggle with the conditions specially as riders ditched their goggles, including Antonio Cairoli as he struggled to make the pass on Jacobi, and current world champion Tim Gajser also struggled with vision but still managed to salvage a seventh place finish. However Febvre had a very different moto compared to the first one finishing down in twelfth.

Herlings eventually made the pass on Coldenhoff to take the race two win, followed by Caroli in third which left all three of them on 40 points each for the overall, which left them the same result for the podium.

Brit riders Ben Watson and Shaun Simpson had a great result in the second moto obviously favoring the muddier conditions, grabbing an eleventh and a fourteenth, as Adam Sterry struggled but managed to bring it home in 28th. Nathan Watson also had a rough second moto, getting a DNF.

You can check out all of today’s results from Maggiora HERE.